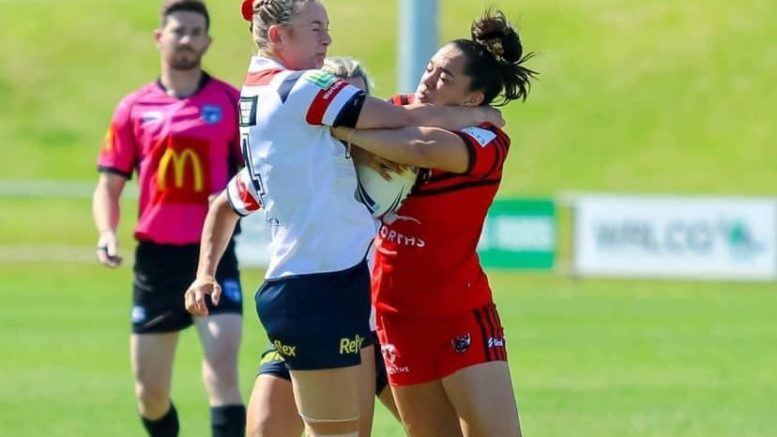 The Central Coast Roosters have claimed the minor premiership following their win over the North Sydney Bears in Round 7 of the 2020 Harvey Norman NSW Women’s Rugby League Competition.

Billed as the Match of the Round, both sides kept the other scoreless early in the piece until Roosters’ Hooker, Kylie Hilder, was able to get the ball to an unmarked Tayla Predebon, who took it under the posts.

Melanie Howard then converted the try to take the Roosters to a 6-nil lead at the halftime break.

Not to be outdone, a determined Bears outfit equalised early in the second half courtesy of a Shanice Parker four-pointer that was converted by Kirra Dibb.

With scores locked and neither side giving the other an inch, Roosters’ Centre, Jayme Fressard, ultimately cemented the win for the Central Coast, breaking through the Bears’ defensive line in the 43rd minute to score, before following it up with another try not 10 minutes later.

More solid conversions from Howard saw the Roosters bump up their final score to close out the match and secure the minor premiership 16-6.

The win sees the Roosters retain their undefeated record in the regular season and has them pegged as favourites for the major premiership when the finals series gets underway.