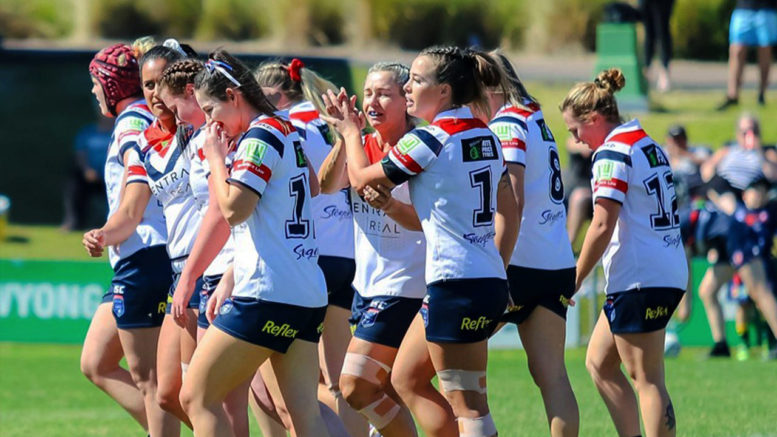 The Central Coast Roosters have secured the first grand final spot in the NSW Harvey Norman Women’s Rugby League Premiership after beating the Cronulla Sharks 13-12 over the weekend.

In a golden point thriller, the Sharks pushed the Roosters right to the edge, with a 12-all scorecard, after a Zali Fay conversion, but the Roosters fought back with a Melanie Howard field goal in extra time, securing the red, white and blue the win.

“Intensity was a 10 out of 10,” said Roosters’ Winger, Jayme Fressard.

“Both sides came out firing from the start and it was super tough.”

With the win also seeing the Roosters retain their undefeated status for the season, they’re now looking to double down on training while they await for their fellow finalist to be confirmed off the back of the upcoming clash between the Sharks and the North Sydney Bears.

They will be using their experience from last year to prepare for the grand final in two weeks’ time.

“We’ll just do what we normally do at training.

“We’ve got a week off, which is great for the girls, but we’ll get some good hard training sessions in and aim to stick to our game plan,” Fressard said.