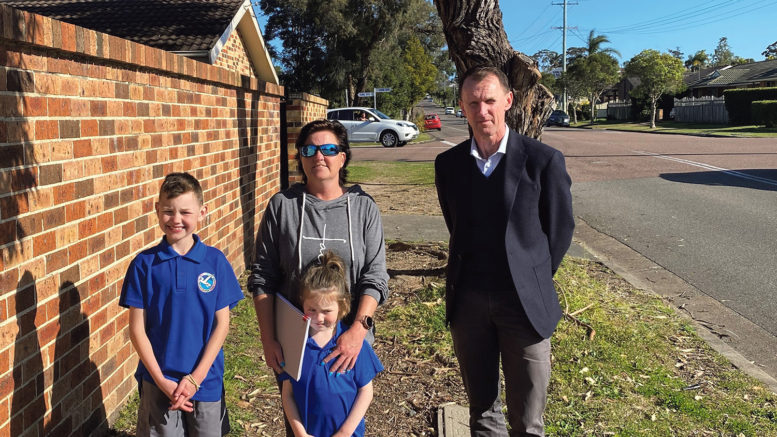 The Entrance MP, David Mehan, has launched a petition calling on Central Coast Council to fund a footpath extension along Brooke Avenue, Killarney Vale, near the primary school.

Mehan said that Council had advised in response to his inquiries that the extension of the footpath along Brooke Ave had been assessed and listed for consideration of funding.

“Council said, however, that based on its current ranking, the footpath extension in Brooke Ave was not the highest priority and therefore might not be undertaken for some years,” Mehan said.

“That’s not good enough,” he said.

“This is a very busy road and a major road in the region and it needs a footpath along its whole length.”

Mehan met with several concerned parents and residents to launch the petition, which calls on Council to fund the footpath sooner rather than later.

P&C Secretary, Tracey Christie, said: “For the sake of our kids and the elderly, we really need this footpath”.