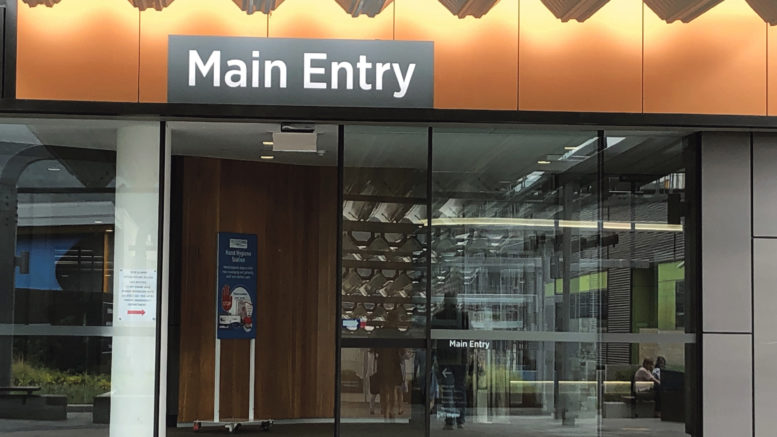 The main entrance to Gosford Hospital

The State Opposition has accused the State Government of “hiding behind COVID”, with the waiting list for elective surgery having blown out to 353 days on the Central Coast.

Patients at Wyong Hospital face the longest delay of 400 days, he said.

Meanwhile, the state-wide waitlist has hit a record high with 101,026 patients currently waiting for life-changing surgery, he said.

“The Government only has itself to blame for the elective surgery backlog,” Park said.

“The reality is the NSW public health system was under enormous strain before elective surgeries were suspended.

Shadow Minister for the Central Coast David Harris said it was “appalling” that the Coast was under “such enormous strain”.

“The Central Coast has a large number of elderly people who require elective surgery to improve their quality of life by reducing pain and discomfort – these people are being left by the wayside by this Government,” Harris said.

“The Government needs to urgently implement a long-term, sustainable plan to reverse years of mismanagement and budget cuts.”

Parliamentary Secretary for the Central Coast, Adam Crouch, acknowledged the impact COVID-19 has had on elective surgeries, with a nationwide restriction applied to semi-urgent and non-urgent elective surgeries earlier this year.

“Despite all of the challenges of COVID-19, urgent surgeries have continued to be delivered on time,” Crouch said.

“Thanks to a $388M investment from the NSW Government, a new partnership between public and private hospitals has been established, which currently is resulting in more than 100% of the usual elective surgery capacity.”

Meanwhile the NSW Nurses and Midwives’ Association (NSWNMA) is urging the Government to bring forward the delivery of extra nurses to help cope with the elective surgery waiting list backlog.

NSWNMA General Secretary, Brett Holmes, said it was imperative the government increase the nursing workforce now to assist with tackling the backlog over coming months.

“There’s no denying the COVID-19 pandemic had a ripple effect through our public and private hospitals, and we know elective surgery declined sharply from March 26, when the Federal Government was forced to put the brakes on,” Holmes said.

“In late April, some additional elective surgery procedures were permitted and by mid-May a three-stage pathway for further elective surgeries was rolled out.

“We’re urging the government to bring forward the roll-out of extra nursing staff now if they intend go down this path, rather than relying on nurses to pick up the pace and [do more] overtime.”