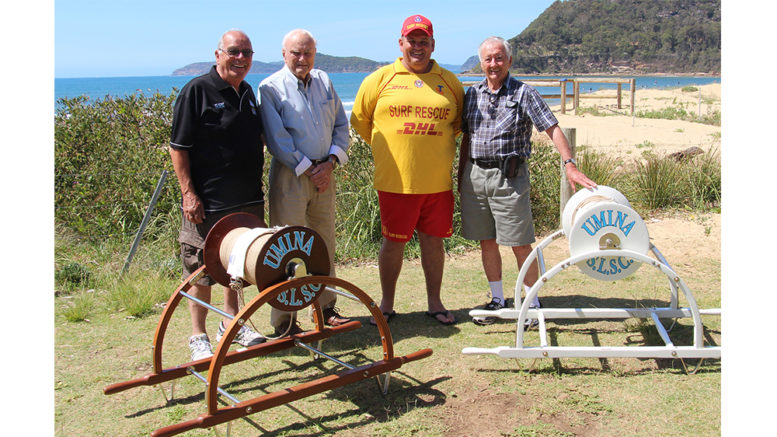 Umina Beach Men’s Shed has been given permission to build a new workshop at 90 Osborne St.

“The new shed will provide us with a much better operating space for the lads and the machines,” said Men’s Shed secretary Mr Vic Brown.

“It will be an enjoyable place for everyone, with more comfortable and usable spaces for socialising.”

Plans are to build a single-storey workshop and office on the vacant 2175sqm block, which is towards the end of Osborne Ave, near Umina Police Citizens Youth Club.

There will be three work areas, lunchroom, kitchen and toilets as well as a detached demountable office, rainwater tanks and bitumen area for parking.

The site has a bitumen area that currently caters for parking overflow for youth club events, and this would be extended to accommodate 14 spaces, including one disabled space.

Mr Brown said the group had been operating from the rear of a property at 109 Birdwood Ave, Umina Beach, but with membership growing they quickly out-grew that workshop area.

He said the current shed was very small, and most machines were on wheels and rolled outside for safety.

Last year the group approached Central Coast Council to ask for the use of public land in Osborne St to build a larger shed which ultimately led to development application DA 57593/2019.

“Council has been very helpful, and over six months we managed to get a development application together.”

Since the original application, site plans have been amended to provide an extra two car parking spaces from 12 to 14 and some buildings moved further back on the site to alleviate visual impact on neighbours.

Central Coast Local Planning Panel has approved the workshop on public-owned land under a 10-year lease.

The Panel determined that the operating hours of the men’s shed – 9 am to 3.30 pm – would not conflict with parking requirements of the youth club.

Existing native trees would be retained.

Even though the native vegetation was degraded, it was representative of the Umina Coastal Sandplain Woodland endangered ecological community, according to a report submitted with the application.

The proposal has been assessed regarding noise, privacy and overshadowing by Council’s Environmental Health Officer who supported the development.

Members of the Local Planning Panel voted unanimously for this project, saying the cumulative impact of a community organisation to have a place to gather and interact is seen to be a benefit to the community.

“A lot of men when they retire lose virtually all social interactions and are exposed to issues like depression and morbidity,” Mr Brown said.

“I think it’s absolutely vital to provide this support system, particularly in the Peninsula area, where there are many retirees.”

“There is quite a lot of laughter, a lot of jokes and a lot of tea drinking,” Mr Brown said.

“It’s all about socialising and supporting one another.”

The activities of the men’s shed include activities in the local community which have already included building sandpits for local schools, elevated garden beds, honour boards, display cabinets and toys.