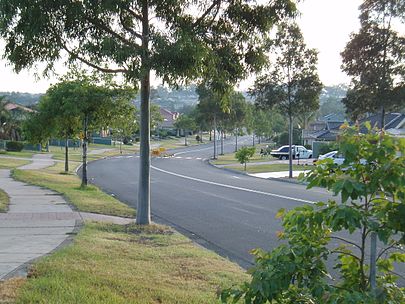 The push to get Central Coast Council to plant more trees in public spaces is slowly evolving.

Staff are working on a draft Central Coast Greener Places Strategy that was close to being presented to Council in late 2019.

It went out on public exhibition in August 2019 and attracted 97 submissions supporting the strategy, but then the summer bushfires put the policy on the backburner.

It is now expected to be presented to councillors in November and an update was given at the September 14 meeting.

The Greener Places Strategy was promised in May when councillors requested details on how Council was encouraging and facilitating street tree plantings in existing and new areas.

The answer was that it had not yet made any changes to current policy but changes would be “progressively implemented” once the Greener Places Strategy was adopted.

Council staff have amended the draft strategy to include street tree planting actions.

These include developing a tree planting / replacement procedure for council, to ensure replacement of two trees to the one being replaced, and to develop a tree management system to track the success of plantings over time.

The strategy says that Council should complete detailed planting plans for suburbs that are subject to Urban Heat Island Effects.

It also says that where six or more residents in an individual street approach Council, it will be assessed for planting suitability and provide and plant trees, with assistance from the community for future watering and observations.

Pending adoption of the strategy, actions identified within the amended strategy will be implemented with consideration of resource availability, grant opportunities and future operational budget allocations.

Councillors had earlier noted that two years ago, at their July 6, 2018 meeting, the Central Coast was one of only a few local government areas in the country to not have a free tree policy.

Council decided at that meeting to increase the shade canopy across the region, with a more developed Free Shade Tree Policy to form part of that strategy, including consideration of ways to facilitate easier planting of trees on residential nature strips and road reserves.

Meanwhile, Cr Kyle MacGregor is still waiting on an answer to a question about trees that he asked on July 27.

His question on notice asked how many trees in parks and reserves, in the four years since amalgamation, have been removed due to poor health or poor condition.

He also wanted to know the cost to the council for removing those trees and how many “2 for 1“ trees have been planted, and whether “like for like” trees were planted when natives were removed, and was there a record kept by Council?

The response was provided by Director, Environment and Planning, Scott Cox, who said: “This is a complex question requiring research and resources to provide an appropriate response.

“It is proposed to provide the response for inclusion in the business paper for the meeting of September 28.”

However, the September 28 agenda does not, as yet, include a response.