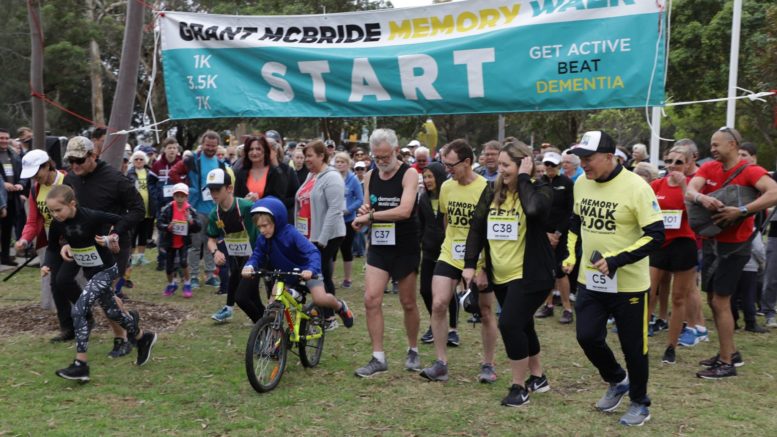 Residents across the Coast are gearing up to join the race against dementia when the Grant McBride Memory Walk and Jog returns as part of Dementia Awareness Action Week later this month.

Federal Member for Dobell, Emma McBride, is the convenor of the event, which is held in memory of her father Grant, who she lost to early onset dementia in 2018.

At just 68, it was a life lost too soon, with the former The Entrance MP remembered for a legacy of contribution to the region.

Returning for its third instalment, the annual event will run a little differently this year, with the traditional Long Jetty course abandoned in favour of an online format, due to the pandemic.

Now known as the Grant McBride Virtual Memory Walk and Jog, participants are being encouraged to find other ways to be active that comply with current government guidelines during Dementia Awareness Action Week which kicked off on September 21.

With the latest Dementia Australia statistics estimating 459,000 Australians currently living with dementia and with that number expected to climb to 590,000 by 2028, McBride is hopeful that the new online format will attract more widespread interest and participation from Central Coast residents.

All proceeds from the event go directly to Dementia Australia to support their research and advocacy work.

“First the fires, then floods and now the virus.

“Now it’s more important than ever to support each other.

“That’s why I’ve decided to go ahead with the Virtual Memory Walk and Jog, so please jump on the website and sign up to walk, jog, run or ride in your local area, backyard or lounge room to raise funds for a worthy cause,” McBride said.

Residents can register their interest by visiting www.memorywalk.com.au and searching for the Grant McBride Memory Walk and Jog.