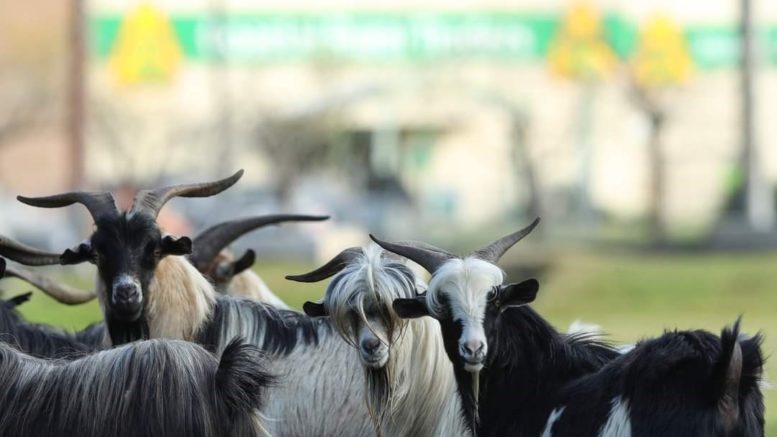 A herd of adventurous wild goats roaming around Ourimbah near Bangalow Creek and Sohier Park, have found a new home.

Gareth Cleal, who is a Bio Security Officer with Greater Sydney Local Land Services, based at Wyong, was called to investigate after reports of the goats causing mischief around town.

“People have been ringing up asking us to do something because it’s got to the stage that it’s a public safety issue,” he said.

The goats have been spotted on the railway station, they have been herded off the bridge near the station and they’ve being doing damage in nearby residential areas.

The goats are visible most mornings at Sohier Park.

“They’ve been heading towards the train line and you’ve got the Pacific Highway there as well, so we thought we’d do something about it before something happens,” Cleal said.

“From what I can gather, a landholder in the area, who passed away about two years ago, had a few goats which were left there, and now there’s about 40.

“We’re in the process of getting them into some yards and then we’ll relocate the goats to another property in Ourimbah, which is good because he’s got goats already and has the facilities to keep these goats where they need to stay.

“Some of them were already coming in to the yard on Friday, August 28, but we don’t want to rush them or put any pressure on them, we want them to get comfortable and when the time is right we’ll relocate them safely.

“So far so good; and the main thing is they’ve got a place to go to once they’re captured,” Cleal said.