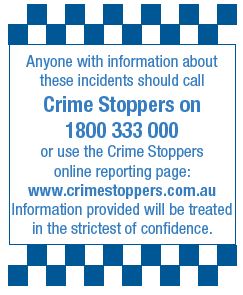 A fourth man has been arrested following a shopping centre brawl at Tuggerah.

At about 2.35pm on Tuesday, September 1, a group of teenage boys was approached by another group of males, allegedly armed with baseball bats and machetes, outside a shopping centre on Bryant Dve.

It’s further alleged that the armed group chased the others, before a brawl occurred between the groups.

It’s unknown if anyone was injured.

Officers from Tuggerah Lakes Police District attended shortly after and both groups dispersed.

Six teenage boys were arrested at the time and released pending further inquiries.

Two 18-year-old men and a 16-year-old teenage boy were arrested and charged on Wednesday, September 8.

They remain before the courts.

He was taken to Wyong Police Station and charged with affray and granted conditional bail to appear at Wyong Local Court in October.

Investigations are continuing into the incident and anyone with information which may assist police is urged to come forward.