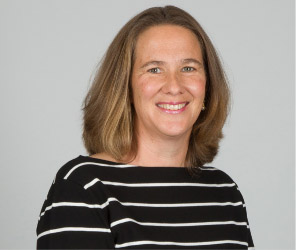 Wyong Ward Councillor Louise Greenaway has gained support for her move against online abuse which, she says, robs the community of people who will not speak up for fear of harassment and abuse.

Central Coast Council decided at its September 28 meeting to call on Local Government NSW to actively campaign for legislative reform.

Cr Greenaway wants it to be an offence for a person to threaten or incite violence towards any person functioning under the Local Government Act, and anyone convicted to be disqualified from holding public office.

“It appalls me that our democracy can be diminished in this way.

“The costs of cyber abuse are many fold,” Cr Greenaway said.

“For example, there is the emotional and psychological cost to the targets of abuse.

“And there is the broader cost to the community of police and judicial resources being used to combat abuse.

“But in my view, the overwhelming cost is to the community when people are discouraged and deterred from engaging in politics at all.”

She said digital technology and social media had helped enhance freedom of expression, and access to information, but it could also be abused.

“Cyber abuse is behaviour that uses technology to threaten, intimidate, harass or humiliate someone with the intent to hurt them socially, psychologically or even physically.

“It is more than just ‘inappropriate’ behaviour,” Cr Greenaway said.

“Cyber abuse can take place on social media, through online chat and messaging services, text messages, emails, on message boards and in online forums that allow people to publicly comment.

“Some examples are: sharing intimate photos or videos online without consent, to humiliate or shame, or for the ‘entertainment’ of others; targeted and persistent personal attacks aimed at ridiculing, insulting, damaging or humiliating a person; threatening violence or inciting others to do the same; and, stalking a person online and hacking into their accounts, such as social media, banking or email accounts.”

Cr Jillian Hogan congratulated Cr Greenaway for her strength to put up the Motion.

She thanked Cr MacGregor for supporting it and took issue with a comment made by Cr Bruce McLachlan.

Cr McLachlan said to incite people to violence would be an illegal act already in law and so he would not vote for the Motion.

He agreed that social media could be pretty brutal and that if you put your head up you were a target.

But he then went on to call the Motion a gag order and said Cr Greenaway was over reacting and that if people didn’t like the heat they should get out of the kitchen.

Cr Hogan said that comment would not have been said to a man.

Cr Troy Marquart also said he would not vote for the Motion despite saying his workplace had been vandalised.

“If people want to find you, they don’t need social media,” he said, repeating his comment from months ago at a previous Council meeting that he would be in a pine box before he started using social media.

Crs Jilly Pilon and Greg Best joined Crs McLachlan and Marquart in voting against the recommendation, but it passed with the majority of councillors supporting it.