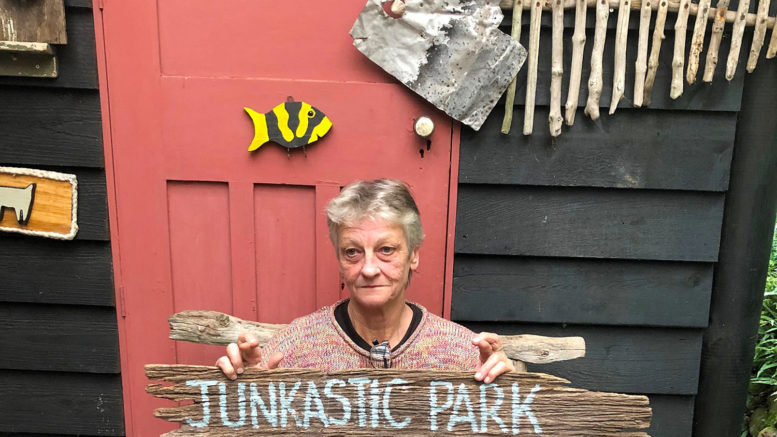 The woman who helped establish and run the Junkastic Park recycling centre adjacent to Kincumber tip in the 1990s is calling for its return with the future of the waste management facility up in the air.

A Central Coast Council spokesperson said on September 1 that the tip would remain closed as Council considers options for its future.

Trish Waddington of Macmasters Beach first mooted the idea of a recycling centre on the site in the ‘80s and early ‘90s, with the then Gosford Council calling for expressions of interest to operate it.

Waddington helped successful tenderer Col Wingrave establish the facility in 1994 and worked there for three years.

A change of management and resultant OH&S issues saw the centre closed in the late ‘90s.

In its heyday, Junkastic Park carried a huge range of second-hand goods, ranging from bric-a-brac to large furniture items.

Not only was it a boon for local theatre groups, which made use of the facility to furnish stage sets, but it was popular with residents, many of whom furnished their homes with items obtained there.

Waddington thinks the time is right for a reopening of Junkastic Park.

“When the park was closed down it caused great distress,” she said.

“Not only did it save thousands of items from landfill, it inspired people to recycle, reuse and re-create.”

Waddington is calling on fellow residents to lobby councillors ahead of the next Council meeting on September 14, when Councillor Jeff Sundstrom will call for a comprehensive report on the future of Kincumber tip in the face of rising community concern over its continued closure.

The tip closed its gates in March, along with others in the region, in the face of coronavirus restrictions.

But although Woy Woy and Buttonderry tips both reopened weeks ago, Kincumber remains off limits to the public.

Landscaper Brendan Lewis is just one regular user of the tip who is agitating for its reopening.

“Most of our work is around Terrigal and Avoca,” Lewis said.

“We do a lot of garden maintenance and take all our green waste to the tip.

“We are having to take two ute-loads of waste four times a day to Woy Woy tip, unload, and then get back to our jobs – it really eats into our day and we have had to pass that cost on to customers.

“After we deliver the green waste, Council composts it and we buy it back as premium soil mix.

“So we are trying to do the right thing and we are being penalised with lengthy trips to the tip.”

Lewis said many of his customers had said they were anxious to see the tip reopened for general waste.

“It’s not just me being impacted – it’s lots of other businesses and residents,” he said.

“If it isn’t reopened, people are going to be dumping illegally – it would not be a rational decision by Council not to reopen it.”