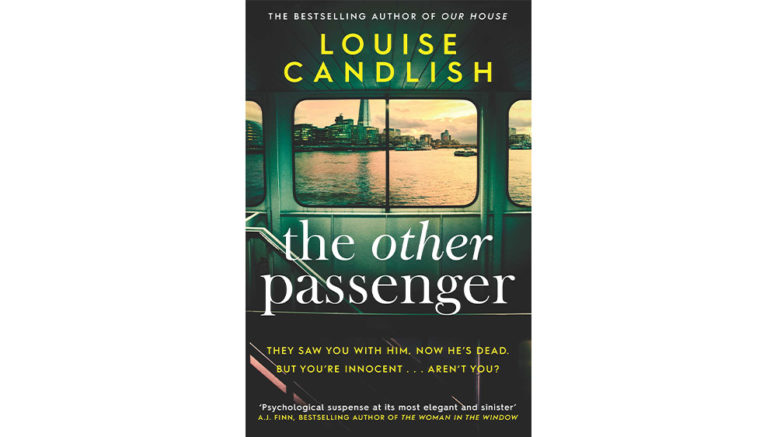 We meet Jamie on his morning commute on a Thames riverboat a few days after Christmas.

As he disembarks, he is stopped by two detectives who want to ask him questions about Christopher “Kit” Roper, who has been reported as missing by his wife, Melia.

Another passenger witnessed Kit and Jamie arguing on the last boat home after Christmas drinks.

It is just an informal chat, so Jamie doesn’t ask for a lawyer and the police don’t go to the station.

The story then goes back about a year as Jamie recalls how he first met Kit.

Jamie’s partner, Clare (both are in their late 40s) runs a successful real estate business.

Melia has been hired by the company as a junior.

Clare remarks on this because she is nearing 50 and notices these things.

Her new year’s resolution is to try new things, new friends – it is the secret of keeping younger (so she hears).

She invites Melia and Kit over for drinks and dinner.

As Jamie points out “… this whole thing began with exactly the midlife crisis you might imagine – just not mine.”

Melia and Kit are failed actors and Kit now works begrudgingly for an insurance company.

They make no secret how envious they are of Jamie and Clare’s Beautiful Georgian house, how much they would love to own it but can’t seem to get out of their spiraling debt.

But while they are in debt, they don’t want to sacrifice creature comforts like owning new clothes or their drug habit.

About that big house, well, Clare and Jamie don’t actually own it.

It was purchased by Clare’s parents and is in their name, but Clare will inherit it.

Jamie is having trouble even paying any of the bills as he is between jobs, working as a barista in a café.

This irks Clare – until recently, Jamie had a respectable job in an office – but she has given Jamie some sessions with a career coach as a Christmas present, so he should be on his feet again soon.

The story spans a year as the couples grow close at first, despite the age difference, as the younger couple bring youth and energy back into Jamie and Claire’s lives.

But then they grow apart – an age difference that was once quaint becomes annoying and the shine of a new relationship tarnishes.

Clare points out “There’s a reason ‘Melia’ gets shortened to ‘Me’… It’s because she’s a complete narcissist.”

While Clare may have issues with Melia, Jamie wants to hang onto the relationship for his own reasons.

The Other Passenger is a pacy, suspenseful crime thriller written by an acclaimed author of crime fiction.

In fact, one of the first book I reviewed this year was Our House, was also written by Louise Candlish.

I enjoyed that one, so I thought I would give The Other Passenger a whirl.

There are a lot of similarities between the two – both are set in London and feature an out of reach property market, both explore the darker side of human relationships, jealousies, and the age divide and both plot the slow unravelling of what initially seem like perfect and enviable lives.

Both have a questionable partner that makes selfish decisions which have major consequences.

The Other Passenger OK, but it didn’t quite reach the same level as Our House for me.

The plot was a little messy and the characters are less well-developed – challenging, I admit, when you’re writing about people that are in fact a little bit shallow.

It’s also possible I didn’t enjoy it as much because I know, with Louise Candlish, a twist is coming and that made me want to uncover it before it revealed by the author and less excited when she did.

One good feature is that I read it in a couple of days which helped me keep on track for my goal of reading one book a week this year!

Book Review – Remember: The Science of Memory and the Art of Forgetting