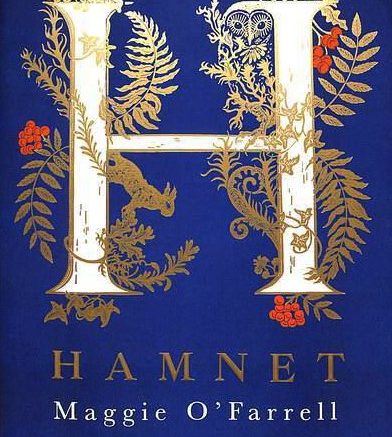 Those who have read my reviews will know my book choices lean towards fiction.

My exposure to Shakespeare is limited, very limited – I have a vague recollection of studying one of his works in high school, but I can’t quite recall which one.

I therefore did not know that Shakespeare had a son named Hamnet who died in 1596 at 11 years of age, four years before Shakespeare wrote arguably his most famous play, Hamlet.

This book is a work of fiction about Shakespeare’s son.

Will is a young man in the 1580s who lives with his family in Stratford-upon-Avon.

His father makes gloves and is prone to violent outbursts.

Will is not the favourite son, not by any means.

His father has done something that makes him an outcast in town.

There are hints of dodgy deals, an illicit venture, missing wool … and Will’s father owes a debt to Hewlands.

A deal is struck whereby Will can work off his father’s debt by tutoring the yeoman’s boys in Latin.

While tutoring, he notices Agnes, “it is said that she is strange, touched, peculiar, perhaps mad.”

Agnes is free-spirited, she has a falcon, she grows medicinal herbs to help people with their ailments and she can see things.

She sees a great deal in Will.

They marry and have three children, the eldest Susanna and twins Judith and Hamnet.

Judith nearly dies at birth and becomes a sickly child.

The family live next to Will’s parents but Agnes soon senses that Will is not happy – the living arrangements are not ideal, the town is too small and it is stifling him.

She devises a plan to send him to London

Once Will is established he will send for the family.

But the family won’t come – Judith will never survive in the city.

Will is away for months at a time.

He sends letters but, in time, they become less frequent.

When his son falls sick word is sent to him to rush home.

He leaves right away but it takes days to travel.

Agnes does all she can but is unable to save her son.

She is beside herself – what good are all her potions if they can’t help her own family.

Mired in grief, Agnes can’t function, can’t get out of bed.

Will can’t deal with her and so he heads back to London, where he becomes more successful.

He buys the biggest house in Stratford but seldom comes back to see it.

Then Agnes finds out that Will has written a play called Hamlet … How could he?

There is not much known about Hamnet or how he died.

Maggie O’Farrell fills in the blanks with what really is an amazing, well-written story.

I really did not expect to like it as much as I did.

The story is rich and touching and, as the Guardian has written, O’Farrell’s writing has an “elliptical, dreamlike quality that, though not obviously steeped in 16th-century language, is essential to creating a world that feels at once wholly tangible and somehow otherworldly, as if the membrane between the natural and supernatural was more porous then.”

Agnes is an amazing character – she seems so strong until she has to deal with her own tragedy, and then she becomes someone else altogether.

Although this is a work about Shakespeare’s son, it really is Agnes who is the central character.

In fact (ironically) Will is afforded very little dialogue at all, which might have otherwise drawn the reader away from the actual story being told here.

There is also a clever side story about a flea and how this flea travels from Alexandria to Stratford, but I’ll leave that for you to discover.

O’Farrell’s first historical fiction work, The Vanishing Act of Esme Lennox (2006) was also widely acclaimed, including for the depth of research that underpinned it.

I strongly recommend this one.