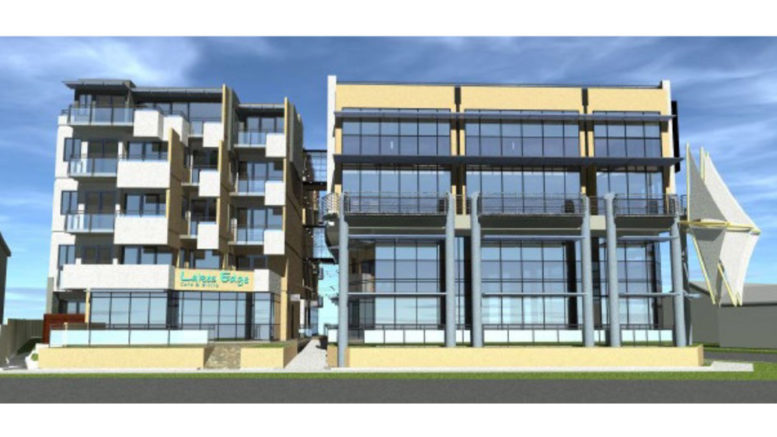 Central Coast Local Planning Panel has knocked back a mixed commercial and residential development at Long Jetty because it would not be in the public interest.

It is in a B2 local centre zone under the Wyong Local Environmental Plan 2013, which allows business, commercial and retail as well as tourist accommodation, a function centre and shop top housing.

However, a report to the Panel said that this proposed development did not meet the definition of shop top housing and rather it was residential accommodation which was prohibited in the zone.

The report said the proposed building would have an overbearing visual impact on surrounding properties and the lakeside reserve because of its sheer-sided walls of four to five storeys, insufficient setbacks facing Pacific St and facades with inappropriate architectural character.

The proposed building appears bigger than desirable or necessary for this prominent location and the floor space ratio exceeds the maximum by almost 20 percent, the report said.

Among other reasons for refusal, the Panel found the proposal did not meet fundamental design qualities and, overall, it would not be in the public interest.

The Panel considered three principles in deciding whether deferral should be granted, whether the issues were clearly definable and understood and likely to lead to a positive outcome, whether the changes needed to make the proposal acceptable would be likely to result in sustainably the same development as well as the likely timeliness in reaching a satisfactory outcome.

Unanimously, the Panel decided deferral was not the appropriate course of action and refusal was warranted.