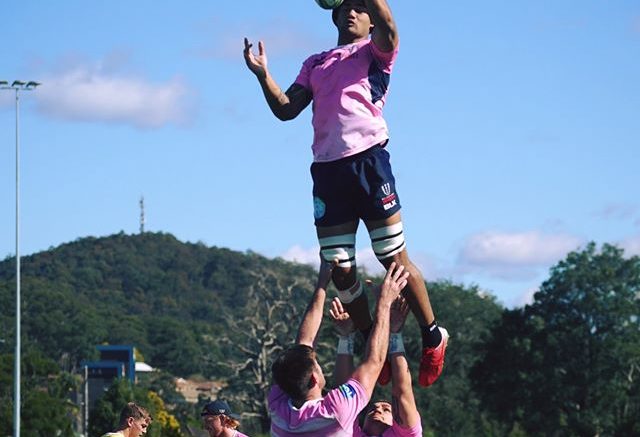 The Coast’s new Central Coast Regional Sporting and Recreation Complex is hosting training sessions for two major sporting teams that have made the Central Coast their ‘home away from home’ during COVID-19 restrictions – the New Zealand Warriors and, more recently, the Melbourne Rebels.

The Rebels, who boast Wallabies Reece Hodge and Matt Tamou in their ranks, shot back into contention for the Australian Conference of the Super15 Rugby competition after beating the NSW Waratahs last weekend (July 24) 24 points to 10.

Based in Tuggerah, the purpose-built venue has proven itself a fantastic sports and recreation venue since opening in 2019, having already hosted significant mass participation events such as the 2019 Koori Knockout, which attracted over 40,000 attendees to the region.

Mayor Lisa Matthews said that having two high-profile sporting teams using the new venue provides an exciting opportunity to showcase this fantastic facility and deliver a boost to our local economy.

“We have been thrilled to welcome these two elite sporting teams to the region.

“Being able to deliver a venue that can support the training needs of these two teams is a sign that we are living up to our reputation as a region that excels in delivering high quality sporting facilities,” the Mayor said.

Warriors Football Operations Manager, Daniel Floyd said the team is excited to be training on the Central Coast on quality sports grounds.

“We, along with Melbourne Rebels, appreciate the community welcoming our teams and their patience as we use their local facilities,” Mr Floyd said.

With the teams set to train at The Complex until September, Council has inform community members that the venue will be closed to the public during training days, and to check the Council website for scheduled closures.