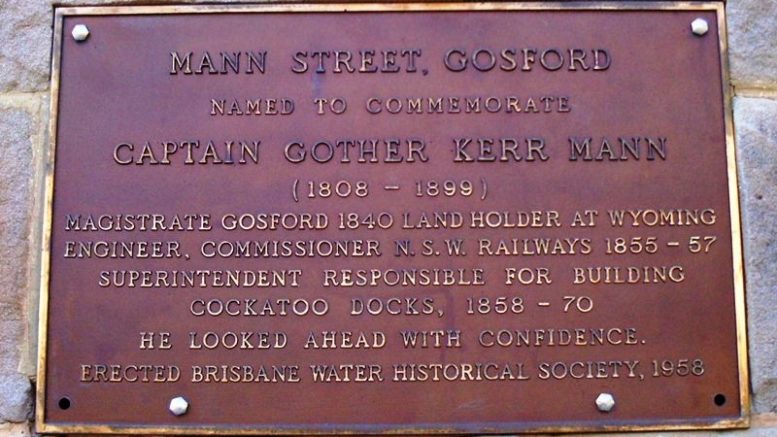 [Forum] I would suggest to the writer (forum, CCN, August 14) a simple Google check would fill him in on Gother Mann for whom the two streets were named, though one is Manns Road (no apostrophe) and (the other) Mann Street.

Gother, an engineer, surveyor, and magistrate, came to Brisbane Water from England where he married a Mary Hely.

A Gosford street is also named after her pioneering family.

Gother was appointed Chief Railways Commissioner and later Engineer-in-Chief, responsible for the construction of Cockatoo Docks in Sydney Harbour.

A commemorative plaque can be found on the Gosford Court House in honour of this pioneer.

As to gender bias, his name is Mann after which the streets are named and not because he was a man.

We also have locally Caroline, Victoria, Adelaide, Gertrude, Georgiana Streets which are all the names of women.

Gother was definitely a fantastic character.

State government is threatening our quality of life

It’s hardly “free” enterprise if the public pays for it