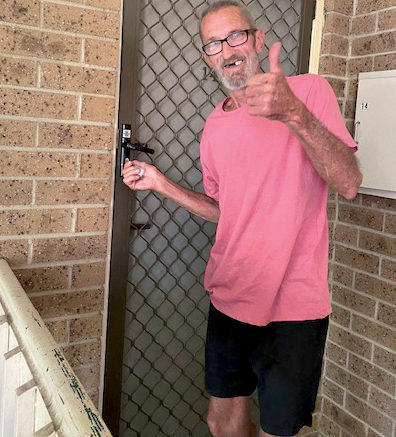 With recent data revealing 1,000 people are homeless on the Central Coast, welfare groups are adding their voice to calls for more social housing in the region.

Shadow Minister for Mental Health and Member for Dobell, Emma McBride, said the data from Homelessness Australia also showed a shortfall of 6,500 social housing dwellings on the Coast.

She has ramped up calls for the federal government to fund the construction of more social housing.

“This would be a win-win as it would provide work thousands of tradies and put a roof over the head of Australians who desperately need it.”

McBride said the COVID-19 crisis had emphasised how important safe and affordable housing is.

“In the past few months, more than 7,000 people sleeping rough, or at risk of sleeping rough, have been provided with a bed in one of the many empty motel and hotel rooms,” she said.

“The National Cabinet needs to make sure that homeless Australians that we helped at the height of the pandemic are not thrown back on the street in the next few months.”

Coast Shelter CEO, Rachael Willis, said the organisation had seen significant increases in the number of people needing help during the pandemic.

“This month (July) alone, the number of phone calls for help has doubled since the same time last year,” she said.

Women escaping domestic and family violence continue to reach out in large numbers to us seeking a place to stay, and for the specialist support services that we offer to help them escape.

“We are certainly seeing the gap between supply and demand on the Central Coast continue to widen and we are big supporters of the EveryBody’s Home campaign this year and the call for more social and affordable housing to be built in our community.

“With a 10-year-plus waiting list for social housing across the Central Coast we need to provide more social and affordable housing options,” Willis said.

Pacific Link Housing Chairman, Wal Edgell, said the devastating economic impact of COVID-19 has reinforced the importance of investing in social and affordable housing to break the cycle of disadvantage.

The social housing provider, which operatesd on the Central Coast and in the Hunter, received $2M funding in July from the State Government’s Together Home projects which it will use to continue providing accommodation for locals such as Brett.

Late last year, Brett was living in his car.

A glazier with 47 years in the trade, Brett lost his job after 15 years with the same employer following a change of management.

“I thought I would retire there as life was good.”

When he lost his job, Brett invested his savings in a farm, together with a friend, but when their venture fell through, they both lost their homes.

Finding himself homeless, Brett spent five years sleeping in his car at various locations, including a commuter carpark, where he became the unofficial caretaker of the area.

“I kept the area spotless and decided that if I was living in my car, I wanted to leave something behind,” he said.

So, he built a garden next to his car, filled with ruby red geraniums and with a sandstone block.

With encouragement from Baptist Care, Brett was referred to Pacific Link and was offered a home on the Central Coast just before Christmas.

He refers to his one-bedroom unit as a penthouse.

“I was so happy and emotional when Pacific Link told me I could stay here forever,” he said.

Pacific Link Housing CEO, Ian Lynch, said the organisation has had many successful outcomes accommodating tenants who were previously homeless.

Of the 1,053 households that Pacific Link currently manages, 32 percent had previously experienced homelessness.

64,043 overnight stays for homeless people only satisfied 1 in 5

Social Justice Group formed to tackle the issue of homelessness