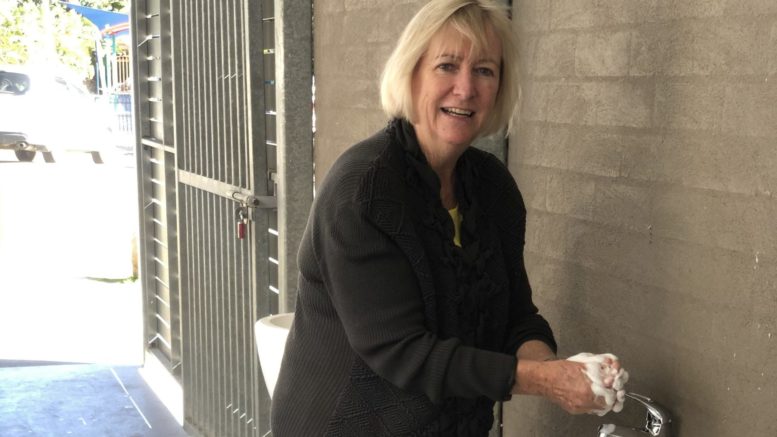 Central Coast Council managed to secure more than $111M in external funding during the financial year 2019/20.

Councillors voted to stop a “belligerent” Cr Greg Best from being heard during debate at Central Coast Council’s August 24 meeting.

It came during debate on soap in public toilets soon after Cr Best complained that viewers of the livestream were listening to a “bowl of vomit”.

Cr Kyle Macgregor said Cr Best had become “belligerent” during the debate and moved that the speaker no longer be heard.

Mayor Lisa Matthews agreed to accept the motion and asked for councillors to speak for or against the motion.

Cr Best was the first to speak, saying the motion was “a nonsense” that Cr MacGregor had pulled because he didn’t want to hear the truth.

Cr Best then spoke about the number of code of conduct complaints and the costs of those to the ratepayers.

The councillors then voted that the speaker not be heard.

The motion was passed.

That was the end of Cr Best – for the moment.

Earlier in the evening, during discussion on the Gosford regional library, Cr Hogan addressed Cr Best directly, asking him why at every single meeting for three years he had felt he had to have a go at her.

Cr Best did not answer.

At the start of the meeting, Cr Best failed to get agreement for live comments to be opened up on the Youtube livestream of the Central Coast Council meeting.

CEO Gary Murphy said the meeting code of conduct would need to be changed for that to happen.

The code is currently on public exhibition for community comment.

This was Cr Best’s most recent attempt to get chat opened on the livestream.

Cr Best also brought up the matter at the August 10 meeting and Murphy told him it was common practice not to allow comments.

“The Wamberal livestream had heaps of comments,” Cr Best said.

Deputy Mayor Jane Smith, who chaired the August 10 meeting would not allow the debate to continue as it didn’t relate to any item on the agenda.

Mayor Lisa Matthews was in the chair for the August 24 meeting when Cr Best again asked why the community was locked out of the livestream.

Murphy said it was raised at the last meeting and chat was not part of the code of meeting practice and so the council didn’t allow it.

Cr Smith said, as she had said at the August 10 meeting, the matter didn’t refer to anything on the agenda so it should not be addressed as it was not relevant.

Mayor Matthews agreed and moved the meeting on to the next item.

But Cr Best did not give up.

Later in the evening, while the Council was debating an item on committees, Cr Best moved an amendment that included the chat option on livestream.

He failed to get the numbers.

Meanwhile, Council agreed to put soap in all public toilets.

Council starts to respond to lack of toilet soap