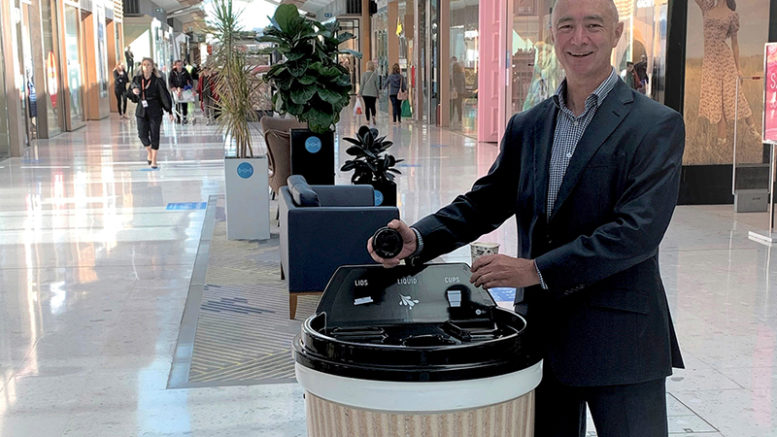 In August 2019, the centre partnered with Closed Loop and introduced a number of coffee cup recycling bins as part of its Simply Cups Program.

Centre Manager, Stephen Ross, said the new recycling program is the newest addition to a recycling initiative already operating at the centre.

“We listened to our community’s concern for the environment and their desire for local businesses to be more sustainable,” he said.

“Our goal is to have Erina Fair be carbon neutral by 2030 and we’re on track to deliver this.

“We’d like to thank our customers and stores for their support and efforts to recycle their disposable cups.”

Despite many disposable cups displaying the recyclable symbol, the plastic inner lining can take more than 50 years to break down if it is disposed of in a co-mingled or paper recycling bin.

Recycling incorrectly can also cause the whole contents of the bin of rubbish to be contaminated meaning it will all be sent to landfill.

A sustainability survey taken in 2019 by Central Coast Council showed that 85.6% of people thought that waste reduction and recycling was an extremely important issue.

Since its launch the Simply Cups Program has diverted more than 12 million cups from landfill and has also been working on transforming disposable cups into new products such as roadside kerbing, furniture, car park wheel stops and other reusable consumer goods.