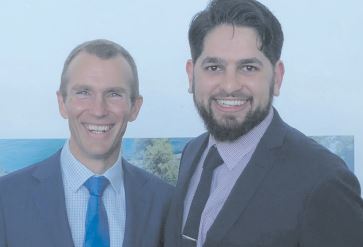 Central Coast Council at its August 24 meeting has given away its planning proposal authority for Darkinjung Local Aborginal Land Council (DLALC) development sites at Wallarah, Doyalson and Lake Munmorah.

Council had already refused the role for proposed residential developments at Somersby and Kariong late in 2019.

Council is suggesting that the Department of Planning find an alternate planning proposal authority (PPA), such as the Hunter and Central Coast Joint Regional Planning Panel.

It cites the current biodiversity status of these lands, looming or missed deadlines to resolve outstanding planning matters, and a Memorandum of Understanding (MOU) with the DLALC as reasons.

“Due to the complex biodiversity, threatened species and infrastructure issues which exist on these sites, progression of these planning proposals has been challenging and protracted for all parties involved,” the report to the August 24 meeting said.

“Given the importance of the MOU between Council and DLALC, it is considered that appointing an alternate PPA (such as DPIE or the Regional Planning Panel) would be beneficial to cushion this ongoing local relationship as distinct from the technical agency coordination required at a State Government level.”

The planning proposals all allow for future residential development (or industrial development at Wallarah) and protection of environmentally significant areas.

Council concluded that in relinquishing the PPA role for these sites, it could focus on the principles outlined in the MOU.

“It will also enable Council to advocate for technical agency co-ordination at the State Government level in seeking to resolve the complex biodiversity, threatened species and infrastructure issues which exist on these sites within the planning proposal processes,” the report said.

The majority of councillors agreed, but Crs Jane Smith, Chris Holstein and Louise Greenaway voted against it.

Cr Holstein said Council shouldn’t give away any more planning powers but he doubted that the State could meet the deadlines any more than Council could for these complex matters.

Cr Bruce McLachlan said it was in Council’s interests not to be in the way.

He said he would like the airport also handed over to the State Government to deal with.

Executive Manager, Innovation and Futures, Ricardo Martello, said the intricacies involved as a result of the new Aboriginal State Environment Planning Policy (SEPP) made it quite challenging as there were contradictions with other planning instruments.

He said it was the first time the framework was being used.

The DLALC and Central Coast Council signed a MOU on August 2, 2018.

The MOU agreed to: foster effective, respectful two-way communication between Darkinjung LALC and Council; reconciliation between Aboriginal and non-Aboriginal peoples; and to promote and understand the custodial obligations, spiritual and cultural ties of Aboriginal people while also recognising relevant legislation and statutory processes which Council must comply with in respect to Darkinjung land.

A committee was established to co-ordinate joint projects and to give oversight to any issues.

In February 2019, the Department of Planning, Industry and Environment released a suite of planning mechanisms to enable improved governance, empowerment, strategic and more efficient land use for land holdings in the ownership of Local Aboriginal Land Councils.

The legislation included alternative process pathways for Planning Proposal requests lodged by or on behalf of a LALC.

Darkinjung LALC and the Central Coast were chosen as the pilot group for implementation of the legislation.

Council had been working towards resolution of key issues of the proposals before that.

As the Planning Proposal Authority, Council was responsible for ensuring that studies and technical reports to support the proposals are completed to an appropriate level of adequacy, undertaking agency and community consultation and making any final recommendations.

CEO, Gary Murphy, will arrange a meeting with the Department Planning, Industry and Environment to discuss operational arrangements to transfer the planning proposals to an alternate Planning Proposal Authority; and the processes related to biodiversity certification and Strategic Conservation Planning for the Central Coast.

Chairman of Darkinjung Local Aboriginal Land Council, Matthew West, said in a statement on August 25: “We look forward to continuing work with both Central Coast Council and the State Government as crucial stakeholders to resolve any and all outstanding issues so that these projects can go ahead for the benefit of everyone living on the Central Coast”.