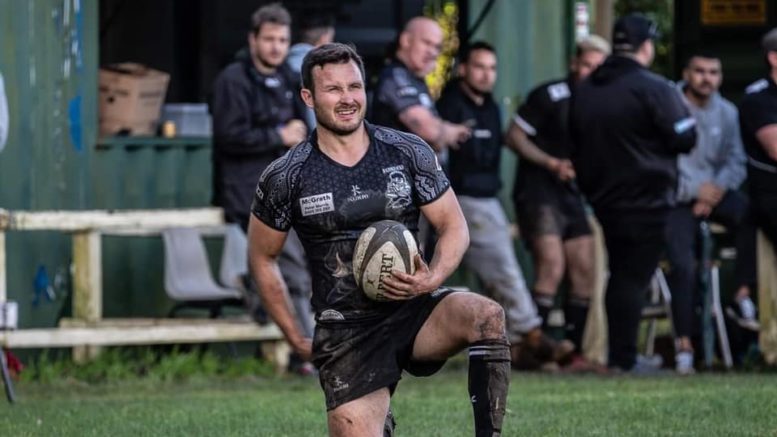 RUGBY: Four teams all sit within a point of each other atop the Central Coast Rugby Union (CCRU) Premier 1 ladder after a weekend of soggy fields and high action.

In a dour match at Ourimbah Rugby Park, the Razorback asserted their claims for this year’s premiership with a hard-fought 11 to 5 win over visitors Avoca Beach.

In wet conditions, the match turned into a real arm wrestle with Ourimbah taking an early lead with a try to No.8 Rob Peden before kicking a penalty goal on the stroke of halftime break to go in with an eight point lead.

Both teams then battled hard in the second half, with Ourimbah lock Josefa Biu excelling in the conditions, well supported by five-eight Daniel Jones.

Avoca Beach centre Mitchell Jacob looked dangerous and lock Aiden King worked hard, but it was winger Toby Marks who crossed for a try mid-way through the second half to throw the match wide open.

A final penalty goal to Ourimbah’s Daniel Jones gave the Razorbacks some breathing space and they were able to hold on until the final whistle.

At Woongarrah Oval, The Lakes hit back after last week’s loss when they easily accounted for Woy Woy 48 points to 13

The Lakes backline clicked into action early posting two tries in quick succession and eventually taking them out to a lead of 20 points to 6 at half time.

The Lions fought hard but were unable to make inroads into their opponent’s defence with The Lakes finishing strongly to run in a total of eight tries.

Over on Woongarrah Oval No.2 Hornsby took on Gosford in another exciting match.

Gosford took the early lead with a penalty goal to halfback Ben Shelley, and it was some time before Hornsby responded with their first try.

Gosford then hit back quickly with a try of their own to winger William Sharp to lead 8 points to 7, before Hornsby crossed again just before halftime.

The see-sawing continued into the second half, before a penalty goal and late try finally sealed the result for Hornsby in what was a high standard match.

Hornsby had several standout players including flanker Tevita Puikala, hooker Hosea Fotukava, who crossed for 2 tries, and five-eight Sione Ala.

In the final match of the round, Warnervale defeated Kariong by 26 points to 8 at Kariong Oval.

Warnervale led from start to finish with strong performances from No.8 Jacob Griffin, and backs Jack Hogan, Mitch Riley and Brennan Jaymz.

At the end of Round 4, Terrigal remain on top of the ladder at 15 points, but Ourimbah, Hornsby and The Lakes all sit just one point below on 14.

This coming weekend (Round 5) represents the halfway point of the shortened 2020 season with some significant matches in store.

The Match of the Round will likely be the Mark Taylor Oval clash between Hornsby and Ourimbah.

Both teams are undefeated this season and this match will tell us lot about how both teams are shaping up for the finals.

Hornsby are having their best season since they entered the Central Coast competition, while Ourimbah showed last week their combination of youth and experience will be very difficult to defeat.

The Lakes will travel to Gosford Rugby Field and will start clear favourites in their match against Gosford, but Gosford have played well this year without converting that to wins and they know this is a do-or-die match if they are to reach the semis.

Woy Woy will host Avoca Beach at Woy Woy Oval in another important contest with both teams coming off losses.

And finally, Kariong will play Terrigal at Kariong Oval and will undoubtedly face a tough battle against the in-form Trojans if they are to get their first win of the season.