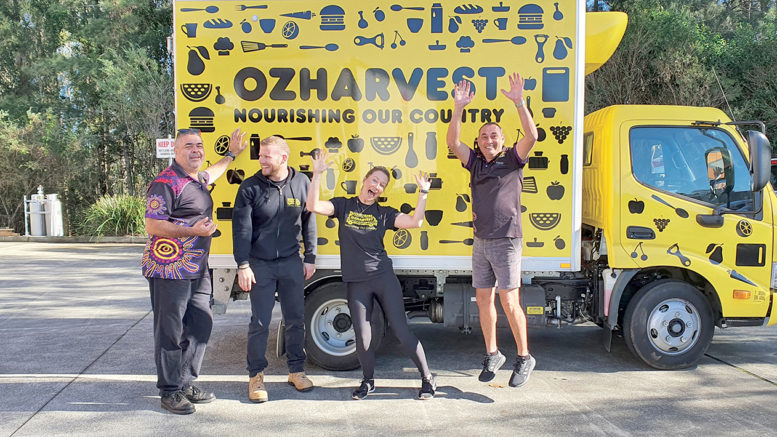 Food rescue organisation, OzHarvest, has expanded to the Central Coast to meet community demand increases due to business shutdowns and hardship caused by COVID-19.

The need for food and supplies has exceeded the capacity of local Central Coast charities, promoting the expansion of the organisation to the area.

OzHarvest is Australia’s leading foodservice rescue organisation, collecting more than 180 tonnes of quality excess food from commercial outlets and then delivering it to charities.

“So many families are finding themselves in situations they have never experienced before,” she said.

“The need in our community is so great and sadly predicted to increase.

“It’s great OzHarvest is on the Coast to help people access nutritious and healthy food to feed their families.”

Five hundred food hampers are being packed at Eldersee Foundation in Tuggarah per week and OzHarvest’s NSW State Manager, Richard Watson, said they are being distributed to more than 20 charities across the Coast.

“We’re hoping to increase this service over the coming months to help meet demand in the local area. It’s a really tough time for a lot of people at the moment, and we want to provide as much support as we can to the community.”

Annika Stott heads up the chapter’s operations and has seen firsthand how the pandemic has changed the face of food insecurity.

“There is such an incredible need for food relief, so it feels great to be able to support our network of partner charities who have been struggling to meet the demand,” Stott said.

According to Stott, there’s also an additional benefit to OzHarvest tackling food uncertainty, as it frees up of charity funding for other purposes.

Stott said the chapter was now thinking of ways to step up operations.

“We would love to expand what we’re doing on the Coast but to do that we need more local supermarkets to come on board with the food rescue,” she said.

Ronni Kahn founded the not-for-profit organisation in 2004 after noticing a large amount of food from the hospitality industry was going to waste.

According to stats found by OzHarvest, over 5 million tonnes of food ends up as landfill each year and over 710,000 people Australia-wide rely on food relief each month.