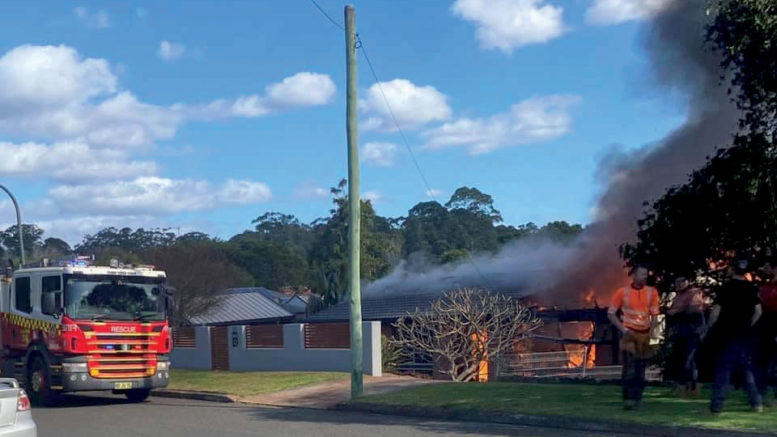 The house was well alight when firefighters arrived

Central Coast Fire and Rescue NSW crews were successful in putting out a house fire in Tanunda Cl, Narara, on July 31.

Crews found the house well alight, but all occupants of the home had managed to evacuate.

Eight trucks from several fire stations on the Coast attended the scene and fire fighters were able to extinguish the blaze and prevent it spreading to neighbouring properties.

Once mop up had been completed, the house was handed over to the occupant and Police.