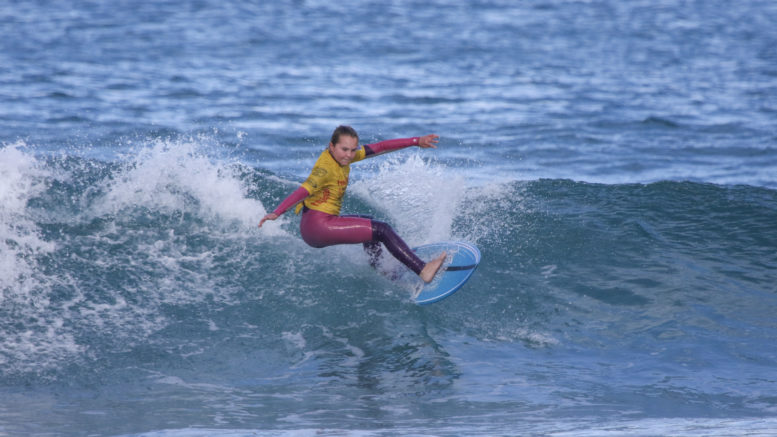 Held at Maroubra Beach from August 14, the titles saw some of the state’s rising stars battle it out in one to two foot peaks across three days of competition.

Cowan competed in the Under 14 boys and won his first two heats, only to come unstuck against Lake Tabourie’s Koby Jackson in Round 4.

MacMahon competed in the Under 12 girls, whose contest kicked off with its semi-final heats due to the low number of competitors.

She won her heat off the back of a 7.74 total score, to progress to the finals alongside the four other top scorers.

The final was a low scoring affair with all four competitors to maximise potential points of their sets with MacMahon ending her run in third behind Gerringong’s, Lucy Darragh, and Gymea Bay’s, Evie Fisher.