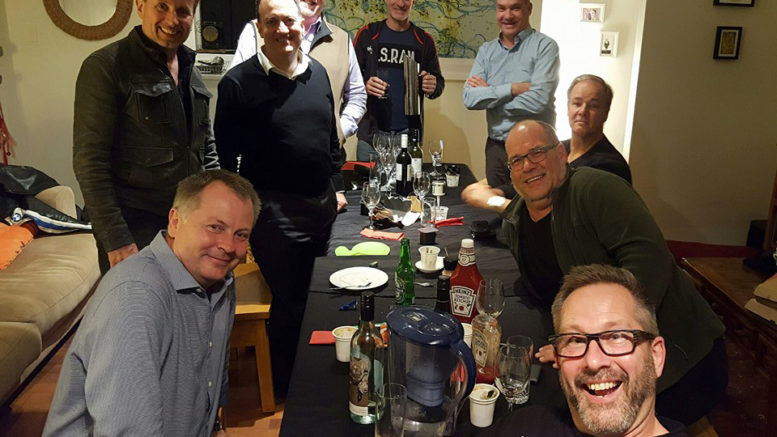 The Men’s Table has officially launched on the Central Coast.

A men’s social group that’s more than just ‘beer and skittles,’ The Men’s Table was created by men for men to establish a unique environment where they can openly share personal information about their lives with a group they trust and respect.

The original table was started in 2011 by two men at Surry Hills.

Their group met for nine years to share the highs and lows of their lives and to kindle a genuine mateship.

In 2019 the movement decided to expand, and now there’s 18 tables across NSW.

The Central Coast table is the seventeenth and was launched by Kincumber’s Guy Ellis and Umina Beach’s Shaun Cronin.

According to Ellis, he became hooked on the idea of starting a local table after he went to the Surry Hills meeting.

Cronin had a similar line of thought after his own visit to Surry Hills, and after getting together to hammer out the details, they launched The Men’s Table Central Coast in March.

But then the pandemic hit, and they were forced to hit the pause button.

Ellis said the inaugural meeting proceeded via Zoom, with a handful of other sessions following, but on July 14, the table had its first official face-to-face meeting at Central Coast Leagues Club.

Thirteen men from all walks of life came together for the meeting and Ellis believes it won’t be their last.

“It was a good, diverse group and most have made the commitment to meet up again.

“That’s how the table works, you meet with the same group for two hours every month to talk about what’s going on in your life or to just listen and spend time with other men.

“And over time, that trust and camaraderie grows,” Ellis explained.

For many, belonging to a table contributes to their mental, emotional and social wellbeing whilst being a powerful support tool in their arsenal for when times are tough.

“As we get older, we also struggle to keep up relationships as we lose touch with old friends and struggle to meet new ones, so for a lot of us, it’s just more comfortable to talk about what’s on the surface.

“That’s where the table can help.

With feedback from the initial meeting so positive, Ellis said meetings will now continue in their monthly format at the Leagues Club for the foreseeable future.