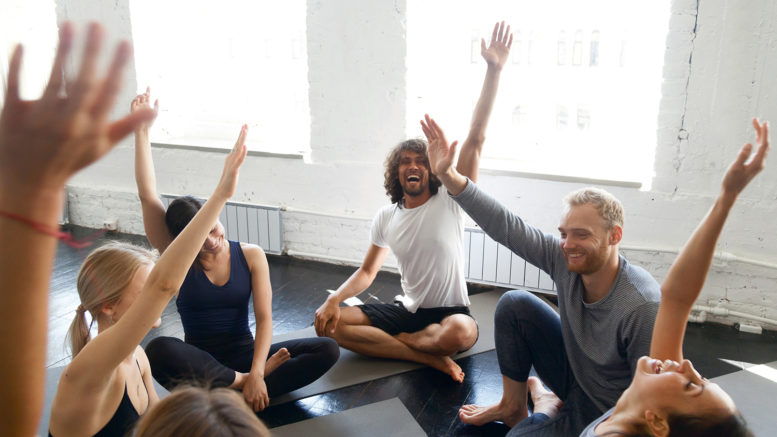 Last week’s cold shower technique is too commonly relegated to the too-hard basket by beginners.

They tend to underestimate the gain:pain ratio.

If you’re still on the fence, just know that I’m yet to meet someone who committed and had regrets!

This week’s strategy, laughter yoga, which for the uninitiated is the practice of laughing intentionally for no particular reason, draws resistance for the opposite reason.

People mistake its simplicity for inefficacy.

If the ‘no pain, no gain’ adage bears any truth, what could be the point of such silliness?

Well the current research is beginning to show that laughter, regardless of whether it’s genuine or forced, has some serious potential in terms of modulating the immune system, improving mood and reducing pain and stress.

What’s noteworthy, especially in the midst of flu season, is that laughter has been shown to up-regulate the genes associated with our immune response, in particular, natural killer (NK) cell activity.

NK cells exist to destroy tumours and viruses, even those we don’t have antibodies for which is not unhelpful in the current times.

Laughter also mitigates the effects of stress, boosting the secretion of growth hormone, which enhances immune reactivity and reduces stress hormones, cortisol and ephinephrine, which suppress our immune response.

Another promising area of research is mental health.

Laughter yoga is not only valuable in the treatment of depression, but very effective in decreasing anxiety.

One study of IBS patients showed it to be more effective than anti-anxiety medication.

This technique has also been shown to improve pain tolerance, decrease fatigue and is an effective adjunct therapy in the treatment of addiction.

I found a fascinating systematic review and meta-analysis from 2019 which concluded that ‘simulated’ laughter, the type we aim to generate in a Laughter Yoga session, is in fact more effective than spontaneous laughter.

We all know how good we feel following the latter.

It’s good to know that these intentional laughing sessions, as utterly ridiculous as they seem, offer even greater benefits.

So, if you’re yet to try it, a face-to-face laughter yoga session is the best way to get started.

However, if you’re feeling bashful, and let’s face it, it can be confronting to generate faux laughter in a roomful of strangers, practical instructional videos can be located with a quick YouTube search.

Although, thinking about it, I’m not sure which would be more humiliating for a beginner, the aforementioned public scenario, or maintaining self-respect after attempting to fake laugh at home alone, at the generic directive of a YouTube instructor.

I can assure you that neither of these options seem anywhere near as absurd once you’ve experienced the benefits of these sessions firsthand.

However, for those too hesitant to try either, especially those with young children that need entertaining anyway, simply try pacing around the living room simulating laughter until the real stuff takes hold.