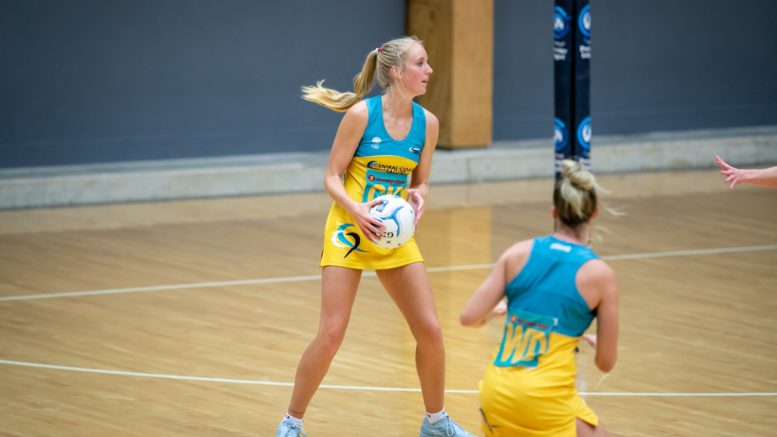 The Heart served up a double dose of hurt to the Stingrays in Round 4 Photo: Netball NSW

Netball: Central Coast Heart pulled off another clean sweep in the Origin Premier League Netball Competition, with both the Opens and Under 23’s taking down the Sutherland Stingrays in spectacular fashion.

Despite some early goal trading, the Opens were able to pull ahead of the Stingrays thanks to the efforts of their defence players, who kept the Rays at bay long enough for the Heart to stretch out a lead.

Heart Club Captain, Alisha Walsh, said the Opens’ iron defence also proved to be more instrumental the longer the game progressed, with the Rays making a handful of errors off the back of long ball plays.

Having found their momentum, Walsh said the Heart continued to pile on the points as they rode out the clock.

“Our lead built each quarter and Sutherland weren’t able to gain any momentum to bring back the score line.

“We then finished with a strong last quarter to win 58-40 and maintain our undefeated status for the season,” Walsh said.

The win sees them further entrenched atop their conference ladder with eight points, double that of the equal second placed Stingrays and Manly Warringah Sapphires.

The Under 23’s match also saw the scoreline seesaw, but according to Walsh, the Heart were able to keep a firm hold on the lead from the jump.

“Our Under 23’s had a strong start to the game, keeping Sutherland to just five goals with two minutes to go in the first quarter.

“They were able to maintain their lead and adjust to changes being brought onto the court, to take a strong 50-44 win, leaving them in third place in their conference,” Walsh said.

Heart tame Panthers to make it nine from nine