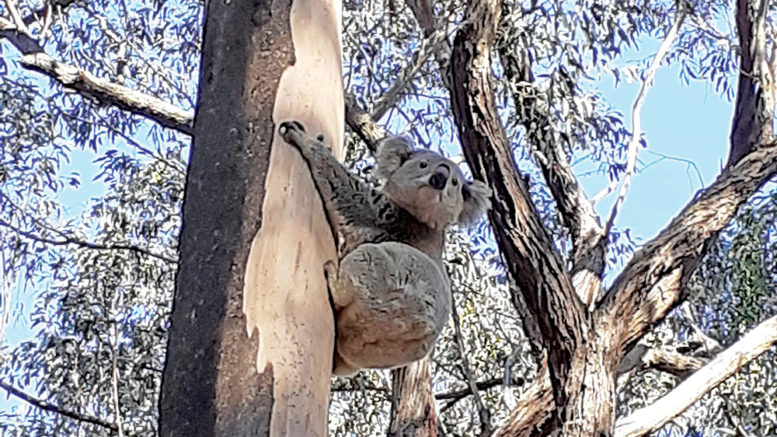 The surveys will occur between September and November, when koalas are vocal and able to be detected through passive recording devices.

Council staff will then engage a specialist contractor who has a koala call recogniser to analyse the results which will be summarised in a Council report in early 2021.

“This is a timely and exciting development for the protection of the Central Coast koala populations,” Cassar said.

“CEA has long advocated for the identification and preservation of koala habitat across the Central Coast, with the group recently officially registering new sightings with a Government database.

“I met with Council staff in March this year to discuss a proposed survey program to identify key koala habitat across the region and have also been in regular contact with Councillor Chris Holstein, who has been supportive and shares our enthusiasm for the project.

“This survey is a critical starting point to a broader program to ensure that koala habitat is protected in our region.”

Cassar said the group was also excited to discover that wildlife surveys undertaken by Council staff recently captured images of koalas on motion detection cameras in the Mangrove Creek area.

“Council have expressed that this information will be included in the findings of the planned koala survey,” he said.

“There have been over 70 registered sightings of koalas in our area over the past 20 years, and the sightings have been surprisingly widespread.

“This doesn’t mean our koalas are not at risk of localised extinction.

“We need to ensure that their habitat is urgently protected and that wildlife corridors between these populations are not fragmented through development.

CEA has officially registered sightings of koalas in the Watagans, Mangrove Mountain, Dooralong Valley and Kulnura and even sightings within half a kilometre of the Gosford CBD.

“CEA recently discovered that Brisbane Water National Park at Kariong is listed as an Area of Regions Koala Significance (ARKS); that’s why it’s so incredibly important to ensure that unsustainable development in this area is not allowed to go ahead.”

Cassar said the group, with more than 5,000 members, would continue to push for the region to be declared a sanctuary for koalas.

“The Central Coast can play a pivotal role in the overall survival of this iconic and extremely vulnerable native animal, but our elected leaders need to act now and put a stop to development in or around koala habitat before it’s too late,” he said.

“CEA will soon be writing to Central Coast councillors and Member for Gosford, Liesl Tesch, in the hope that they will lobby the State and Federal Governments to make urgently protecting our local koala populations a priority.