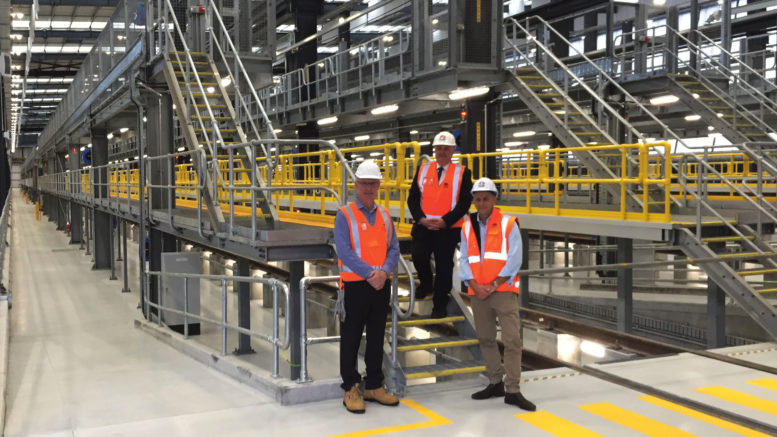 Ninety new jobs are on offer on the Central Coast, following the completion of major construction at the State Government’s multi-million dollar Kangy Angy Rail Maintenance Facility this week.

The purpose-built facility will service and maintain the New Intercity Fleet trains, with around six kilometres of electric rail lines – seven-tracks across at its widest point – a new rail bridge, access roads, offices and amenities.

Minister for Transport, Andrew Constance, who was on the Coast to celebrate the milestone, said testing of the facility will continue ahead of the introduction of the New Intercity Fleet later this year.

“The Maintenance Facility has created employment, skills development and business opportunities on the Central Coast during construction and that will all continue into operation,” Constance said.

The facility will be operated by UGL Rail, which is part of the RailConnect consortium contracted to design, build and maintain the new fleet.

“UGL is currently recruiting for roles in engineering, supply chain, supervision, planning, quality and asset management, with more than 90 positions to be filled over the next 18 months,” Constance said.

Parliamentary Secretary for the Central Coast and Member for Terrigal, Adam Crouch, said substantial landscaping had taken place around the development.

“An important part of the construction phase is the revegetation work with a number of Central Coast native species being planted on-site, including 950 trees and more than 200,000 juvenile grasses, shrubs and trees,” Crouch said.

“It’s fantastic to see that within the vegetation being retained, 30 nest boxes were installed to provide habitat for native animals.”

The design and construction of the facility was delivered by John Holland on behalf of Transport for NSW.