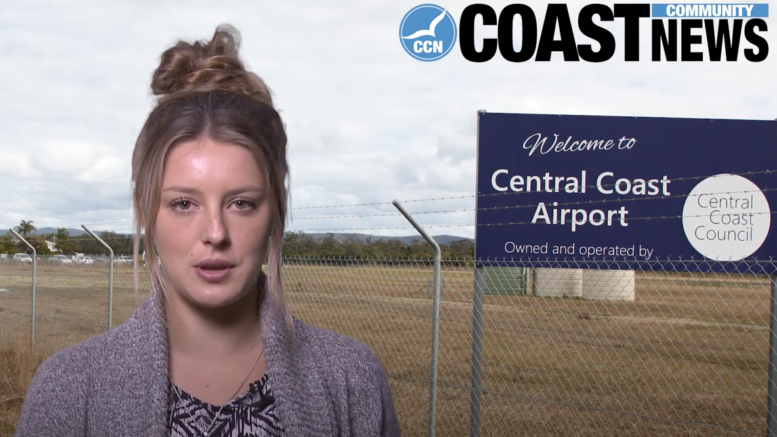 Kincumber and Picketts Valley Community Action Group has claimed the rejection of an over 50s residential development on environmentally sensitive land at Kincumber as a “victory for the community”.

The panel refused the application saying it was inconsistent with the area’s E4 Environmental Living zoning.

We spoke yesterday with Graham Murray from the association.

The region’s mountain bikers have welcomed a decision by Council to hold off on establishing dedicated bike trails and facilities outside environmental lands.

Councillors rejected a motion from Deputy Mayor Jane Smith which would have seen bikers excluded from riding in Coastal Open Space System or COSS lands.

Cr Smith told fellow councillors the environmental integrity of COSS lands, established 36 years ago by the Council, was under threat from damage inflicted by bikers.

Representative of the Central Coast Mountain Bike Club, Leif Arnebark, said a solution could be a formalised sustainable trail network, but after lengthy debate, councillors have decided to defer any action until further studies have been made.

The Premier was here on Tuesday with Health Minister Brad Hazzard and their first stop was the Topping Out ceremony at Wyong Hospital.

Topping out as you know is a builder’s rite, held when the last beam is placed atop a structure, or in this case, the top floor is finished.

In keeping with the tradition, the Premier conducted the ceremony on the top of the partly-built, six-storey building which is part of the $200M Wyong Hospital redevelopment.

The Premier then travelled to Warnervale to turn the first sod on the newly named Porters Creek public school, kindly deciding it was more fitting for Gorokan High year 12 student, Jack Clenton, who was also from Aboriginal education group, that it would be more appropriate if he did the honours.

Airport gets a new name

The NSW Government recently confirmed it would repeal the WAR Act, following an independent review that generated more than 900 public submissions with 75 percent supporting the repeal.

In response, Council reaffirmed its ownership of the airport and confirmed the runway length would remain at 1200m with no further extensions. We spoke to Council Watch reporter Merilyn Vale who has been following developments.

And the option to place artificial reefs at Wamberal and North Entrance will be considered next year, as Central Coast Council works on stage three of a Coastal Management Program (CMP), that looks at options into beach nourishment.

The move comes after Councillors Jilly Pilon and Bruce McLachlan called for this coastal erosion solution last week, here is what Bruce had to say.

COVID has definitely tested the strength on many, but despite these challenges many businesses such as Bells at Killcare have been able create a silver lining.

Due to the shutdown, the establishment started up pop-up bakery selling fresh bread and pastries. Not only did this idea save the business and its staff, it was so successful, that owner of Bells Karina Barry has decided to make it a permanent feature.

We spoke her yesterday.

And another great business idea that has come out of the struggles of COVID is homemade masks.

After hating the idea of so many disposable masks are going to landfill, Leah Bennetts started making and selling her own masks to friends/family over social media. After beginning production out of her lounge room last Thursday, she has struggled to keep up with the demand.

We went and saw Leah at her production studio yesterday.

Yet as we know, despite these silver linings, there are still many struggling on the Central Coast. Reports from Coast Shelter point to a doubling in demand for their services this year as compared to last year.

Yet, statistics from local data analytics firm See-Change shows homelessness has been up creeping over the last 5 years. The 2018-2019 data shows areas most affected in SA2 Homelessness Ranking are Gosford-Springfield, The Entrance Wyong and Umina-Booker-Bay-Patrona division. The pandemic seems to have accelerated these trends.

Avoca surfer Lennox Chell has taken out top honours in the Under-18 men’s division at the Woolworths NSW Junior State Titles at Sawtell Beach.

Chell, the goofy-footed dynamo and former Under-14 NSW Champion, put on a consistent display of backside rail-surfing in the final on Monday (August 10) to finish with a 12.93 two-wave heat total and claim the title ahead of fellow goofy-footer Jarvis Earle from Cronulla.

And in cycling, Central Coast Cycling Club’s U15 women’s dynamic duo, Liliya Tatarinoff and Nicole Duncan, were once again on the winners’ podium in last weekends state road cycling event in Sydney,

The road race turned out to be a wet one, but the girls still battled through elements, completing five laps of a 7.1km road circuit, including a 2km hill climb to reach 35.5km.

After a sprint to the end, both Liliya and Nicole were well-positioned, with Liliya clinching the win and Nicole coming in close behind at fourth.

Another strong showing by Liliya and Nicole in the NSW Road Race Championships in October may well see both riders selected together in what would be a great outcome for the girls and the Central Coast Cycling Club.

We’re starting off with some rain this weekend, tomorrow will be partly cloudy on the coast, a 60% chance of showers and a thunderstorm in the evening, with south-westerly winds up to 15 to 25 km/h. The maximum temp will reach 20 degrees and an overnight temperature dropping to 8-9 degrees.

Then say goodbye to the clouds on Sunday, with a sunny day, light winds and only a slight chance of rain which will continue on through till Monday.

If you’re looking for artistic inspiration this weekend, look no further than the Gosford Regional Gallery that has opened a tailored exhibition, ripe for the times. We dropped by to have a quiz. David…

The Little Quirks band is streaming

And finally local band The Little Quirks who we have featured on 5@5 previously have released another catching little single to keep our collective spirits up. They have a live streaming event on Saturday evening, why not tune in.

All of these stories and thousands more are available on our website and remember to pick up a copy of this week’s Coast Community News issue number 255.

Filmed on the Central Coast.