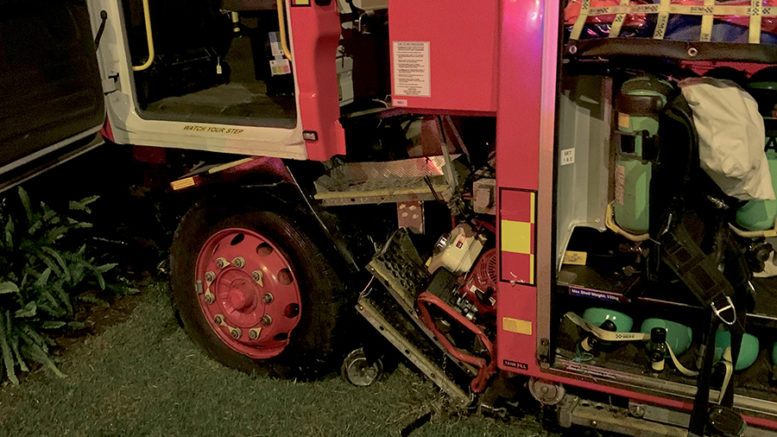 The fire truck sustained some damage, but no one was injured

No serious injuries were sustained when a Mazda collided with a Fire and Rescue truck on Mans Rd, Gosford, at about 3.30am on August 2.

The fire truck was travelling north after returning from a job when the Mazda approached on the wrong side of the road.

The truck attempted to take evasive action, but the car crashed into it, forcing it off the road.

The driver of the Mazda, a 25-year-old woman, was trapped for a short period before being freed.

She suffered a minor ankle injury and was taken to Gosford Hospital for treatment and mandatory testing.

The fire truck sustained significant damage, but the driver and six passengers were uninjured.

Police investigations into the incident are continuing.