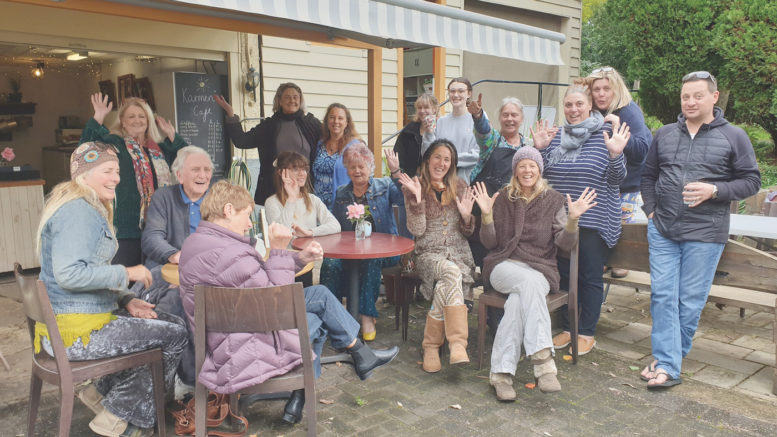 Mental health service provider, Central Coast ARAFMI, is ramping up its campaign to secure vital funding for its comprehensive youth and family carer support programs after long standing arrangements with Central Coast Local Health District were axed at the beginning of July.

Coast Community News spoke to ARAFMI’s CEO, Rhonda Wilson, just before the commencement of the new financial year. At the time details of the tendering process were unknown, as were the number of programs at risk under ARAFMI’s youth and family offering, but now Wilson has confirmed the Young ARAFMI program has closed.

According to Wilson, ARAFMI has also been invited by the District’s Mental Health Services to apply for its new Family Intervention Service model, but as feared, the new pilot proposal does not align with the young carer oriented services ARAFMI provides – meaning there’s little point in applying as they’re unlikely to be selected.

To fight for their funding, ARAFMI launched a two pronged campaign anchored by community advocacy and an Invisible Carers petition (available on Change.org) and now the organisation is preparing to take their campaign to the Federal Government. “Having gone through local political streams we are now taking our efforts to a federal level, and Federal Member for Robertson, Lucy Wicks, has responded with an invitation to meet with our Service Manager and listen to our story later this month,” Wilson said.

“We’ve also sent letters to Prime Minister Scott Morrison and 10 other MPs. “Our petition has reached over 1,500 signatures and we will continue to fight for our community-developed, wrap around support services. “In the meantime, we would like to reassure our community that we are still supporting our families and are hoping to continue to do so.” she added. Since launching their campaign, ARAFMI clients from across the Coast are also using their voices to outline just how invaluable ARAFMI’s programs have been to them.

One such client is Kincumber’s Christine Moore, who has shared her personal journey with ARAFMI. “My story with ARAFMI began with an enquiry for help with my grandchild’s parents in 2006,” Moore said. “I needed immediate help to understand mental health issues within our family unit. “Then over the years I kept coming back and forth for support with counselling services.

“I was never turned away, sometimes even without an appointment, I was always seen by a counsellor. Moore say the guidance from Cath Rowe, ARAFMI Family Support Manager, when her grandchild needed help and she needed solutions to keep her safe, was incredible. “Cath helped me immensely to navigate the way through these tough times with so much support I will be forever grateful.

“In 2018 I became my granddaughter’s legal guardian – I could not have achieved this without the support I received from ARAFMI. With uncertainty over whether ARAFMI’s funding will return for their young carers program, many families are concerned there will be nowhere else to go. “Through Young ARAFMI [my granddaughter] was able to feel safe, trust again and find her voice that was silenced by trauma,” Moore added.

“Her program coordinator was the only person she trusted, and that remains the same today. “Families like mine seeking out ongoing support from ARAFMI will be devastated if that support suddenly stops. “Why would anyone want to dismantle what already is stable and is working well?” Anybody interested in supporting Central Coast ARAFMI’s campaign can learn more by visiting their website.