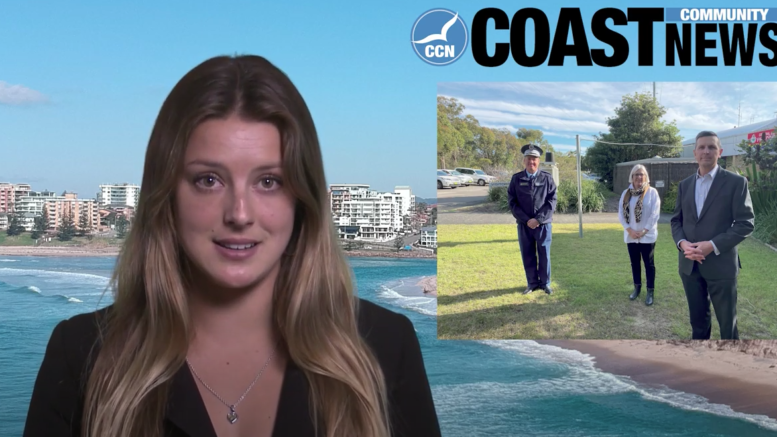 Residents from 18 Wamberal homes remain locked out of their properties, as the State Government and Central Coast Council install emergency measures to help prevent EVEN MORE erosion after the battering the coastline took last week.

Residents were shocked this week to find their houses collapsing into the sea after storms and heavy seas on Monday and Tuesday.

At an extraordinary meeting of the Central Coast Council on Monday night, the council called for the situation to be declared a Natural Disaster and has since committed its full support to the emergency works.

An extension of the JobKeeper program announced this week by Federal Treasurer, Josh Frydenberg, has been generally welcomed by businesses on the Central Coast, many of whom have said it could prove the differences between going under and staying afloat.

The payment is set to continue at its current level until September 27, and then will be extended for another 6 months, BUT at, a reduced rate.

From September 28 until January 3, 2021, it will drop to $1,200 per fortnight and $750 per fortnight for employees who worked less than 20 hours a week during February this year

Mr Frydenberg said these and other stimulus measures would give rise to a record budget deficit of $86 billion this year.

Well there’s plenty of new construction underway in the north, with work commencing last week on the new Warnervale Town Centre, and this week, the first soil turned on the new ING office in Wyong.

Thanks JC, yes, ING has signalled its continued investment in the Central Coast region and its people.

The new building is due to open in 2022 and will provide a state of the art environment for ING’s 400 central coast employees.

The 4,800 square metre site has been designed with ING’s agile work practices in mind with an open plan and innovative meeting spaces throughout.

ING’s Australian CEO, Uday Sareen, was up at the worksite earlier this week.

And concerns are mounting over funding for many of the Coast’s well-known community-run organisations.

The Bateau Bay based group Central Coast Kids in Need said that the shutdown has left a $100,000 hole in their budget and that it was a matter of time before the charity burnt through its reserves.

Finally Jacinta, our own roving reporter Eric Barret took himself up to Newcastle this week to experience the new fully autonomous, electric NAVYA shuttle being trialled for the next 3 months between the Watt St and Nobby’s Beach roundabouts.

The trial is part of a suite of mobility, energy and data innovations of the Newcastle Smart City Strategy and Eric’s first question was, naturally, why can’t the Central coast have one of those too.

And Jacinta, Eric has written a story in this week’s Coast Community News articulating the great opportunity that driverless vehicles present for people with a disability to live and work more independently.

Thanks David, a big weekend ahead in sport – let’s go to Hayley McMahon.

Thanks JC, talk surfaced this week that Central Coast Stadium may be cursed, with both the locally-based NZ Warriors and the Mariners going down in quick succession.

The Warriors lost 46-10 to the Cronulla Sharks and have now slipped to 13th on the NRL ladder while the Mariners managed, once again, to find a way to lose, going down 1-0 to Perth Glory.

The Mariners will have a chance to lift the curse later tonight when they take on the Newcastle Jets here in Gosford in the 50th F3 – so far, the Jets have won 17, and the Mariners just 15, so here’s hoping the yellow and blue can pull one back.

In other news, sadly, the Central Coast Rugby League has finally announced that the 2020 season will be cancelled.

CCRL president, Gerard Andrews, said new spectator restrictions were the straw that broke the camel’s back, given the importance of gameday revenue.

There WILL be a full suite of local rugby union matches this weekend JC, weather permitting.

Thanks Hayley – let’s go to Lucy and see exactly what the weather may be permitting this weekend.

Tomorrow will be cloudy, with patchy fog in the morning and a near to 100% chance of rain from the late morning and a maximum temperature of 18 degrees.

The rain is expected to continue through into Sunday and Monday with winds turning south-easterly at 15 to 20 km/h and a maximum temperature of 17 degrees.

And no doubt, everyone in Wamberal and North Entrance Beach will be holding their breath during the high tides over the weekend scheduled for around noon and midnight.

We leave you  with this extra ordinary footage we found via local bush tracker Jake Cassar of what appears to be the mythical Black Pather of the bush.

We wonder if this footage found closer to home at Holgate of what could be the panther’s prodigy.