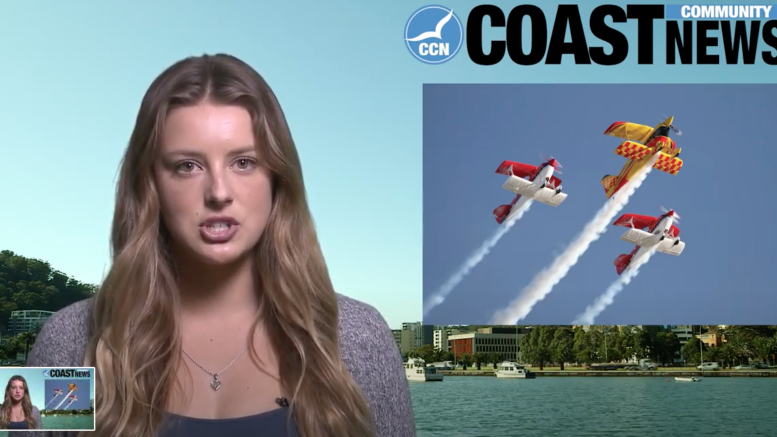 Well, the Coast may have its own air show to look forward to next year if a proposal from aviation event company, Paul Bennet Airshow is approved by Council.

The two-day airshow planned for Warnervale airport in May next year, has been applauded by many in the north as a potential boost aviation tourism and create a new regional event attracting an estimated 10,000 spectators.

According to Central Coast Aero Club CEO Andrew Smith, the proposed air show highlights how important a piece of regional infrastructure the airport can be.

The controversy over the Darkinjung Local Aboriginal Land Council’s proposed development in Kariong took another twist this week.

Earlier in the week, the required rezoning for the proposal for a 70-lot housing development adjacent environmentally sensitive and culturally significant land on Woy Woy Rd, was approved. But later in the week, reports circulated that a large tract of land on the site had already been cleared.

This is what CEA environmental activist Jack Cassar had to say.

Darkinjung Chairperson Matthew West said that suggestions that the Darkinjung authorised any clearing were baseless and that he land council has itself launched a legal investigation into the matter.

In a statement to the press, West said: “Early findings from the investigation appear to indicate that the land clearing occurred between December and January, by which time we had completed our preliminary environmental studies.”

In related news another controverisal proposal from the Darkinjung Land Council to develop a site at 250 Reeves St, Somersby, with 14 lots of land of around 2 hectares each has been proposed.

The Somersby site is also reportedly home to endangered ecological communities of wildlife and vegetation and in fact had been proposed by Council in 2019 for inclusion in the Coastal Open Spaces System.

I’m sure there’ll be more to report on that in coming weeks.

Well, earlier this week, the State Government provided more details on funding for local road works being planned in collaboration with Council.

Here’s David Abrahams with more on that.

Thanks JC, regular viewers will have noticed a marked upswing in road and infrastructure announcements from all levels of government in recent weeks.

We spoke earlier this week with Adam Crouch parliamentary secretary for the Central Coast about the thinking behind the spending.

And we understand a total of $2.7M is being allocated to Central Coast roads and the full story on that is available the website including a list of roads affected.

Central Coast Council is set to save around $220,000 each year on energy expenses following the installation of an additional 1.2Mega Watts of solar power on Council buildings.

A total of 3,500 rooftop solar panels are set to be installed on 28 Council-owned buildings by the end of the year, following the recent installation of panels on Laycock St Community Theatre at North Gosford.

The project will see energy consumption from the grid reduced by approximately 1.4GWh annually and reduce Council’s carbon footprint by 1,100 tonnes of CO2-e per annum.

Restrictions may be easing in NSW, but there is still plenty of angst in the community about a potential second wave of Covid-19 infections, especially with school holidays underway.

We’re pleased to advise that the Green Point Christian School student suspected of having the virus returned a negative test.

Nevertheless many are worried that the Victorian outbreak may reach the Coast. We asked Adam Crouch while he was in the studio about the region’s preparedness.

And finally JC we’re pleased to advise the Conservatorium’s conductor, Patrick Brennan is out of hospital and undergoing intense physio to restore his conducting hand to its former glory.

Patrick, as you know, suffered a serious injury with a power tool in May and Patrick, we all wish you a very speedy recovery.

The Warriors were a little error-prone in the first half and were behind 10-0 at one stage, but half-back Blake Green steadied the ship with some deft kicking.

A double to winger Ken Maumalo, including this one, broke the drought for him.

The win puts the Warriors back within shouting distance of the eight as they take on the Titans on the gold coast this weekend.

And there’s some badly bruised tennis balls at Gosford Tennis Centre tody after the three-day junior UTR event this week.

The event brought 150 players from all over NSW and the quality of tennis was very high.

Yesterday on centre-court, local star Nick De Vivo endured in a tantalising struggle against Wyongs’ Riley Courtney to take out the U18 boys final.

The pair traded blows for over an hour before De Vivo claimed the win 6-3, 7-5.

In another absorbing match Gosford’s Kelly Leeming took out the U12 boys final over 10 year rising star Flynn Coventry Searle from The Entrance.

And there’s more tennis in store over the weekend with the open tournament starting today.

Yes JC, after a chilly week where overnight temperatures have fallen to as low as 4 degrees up on Mangrove mountain and 8 degrees down by the coast.

Now the weekend is going to be partly cloudy with a medium chance of showers and a likelihood of very heavy rain on Monday and Tuesday.

In fact the SES has asked people to prepare their houses for a likely storm event by securing outdoor furniture and clearing gutters and drains.

Thanks Lucy, this week was something of a milestone for central Coast News with the issue of Edition No. 250 – and that hit the street this morning with all these stories and much more.

We leave you this week with this conversation with from Ren Stone of the Rhythm Hut, which he tells us, will be re-opening on August 8.

Thanks for watching and we’ll see you next week.