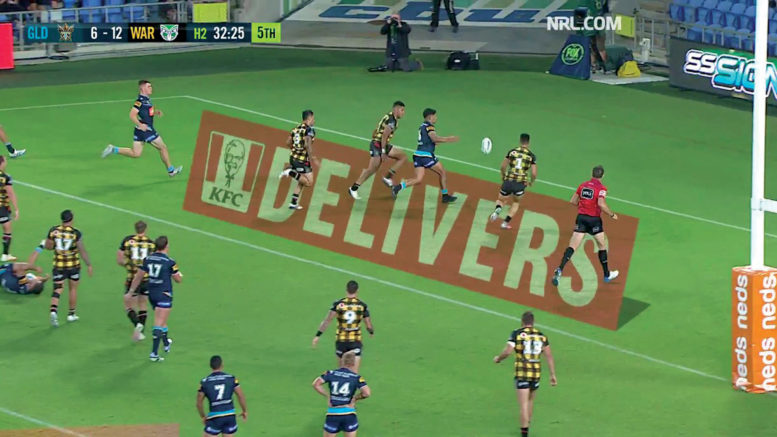 The Central Coast’s adopted NZ Warriors will face the Cronulla Sharks in Gosford this Sunday (July 19) in what many see as a must-win match for the kiwis.

The Warriors went down narrowly 12-16 in an upset loss to the Gold Coast Titans last weekend (July 11).

Playing in gold and black “bush shirts” in a tribute to the city of Wellington, the Warriors burst out of the gates to set up an early 12-0 lead.

Captain Roger Tuivasa-Sheck stood up Titans’ Beau Fermor to score his 50th NRL try before a deft Peta Hiku off-load set up Ken Maumalo to score in the corner.

But some gutsy Titans defence and a series of dubious refereeing decisions against the Warriors saw the momentum swing around.

A touch of genius from the Titans Tyrone Peachey in the second half then saw them bridge the gap and, ultimately, take the lead.

The Titans win came as an upset having lost their last 10 games at Robina and coach Justin Holbrook was relieved to come away with the points.

“It was just a great, determined win.

“We were extremely poor with the footy in the first half, but we defended well,” Holbrook said.

In an interview with the New Zealand Herald, Warriors interim coach Todd Payten says he is embarrassed for league after being officially told four decisions were wrong in his side’s loss to the Gold Coast Titans.

The Warriors have sunk to 13th place on the NRL ladder, albeit they are just two point outside of the top eight.

In a further blow, four Warriors players will return home to New Zealand later this month.

The club confirmed that David Fusitu’a, Ken Maumalo, Agnatius Paasi and King Vuniyayawa had been given a flight date of July 27, two days after the Roosters match.

The players had previously committed to staying in Australia only on the proviso of being joined by their families, but the Warriors were subsequently unbale to gain the travel exemptions required to facilitate this.

Warriors chief executive Cameron George said the club supported the decision of the four players who have now been away from home for three months.

In brighter news, Kodi Nikorima and second rower Eliesa Katoa both return from for injury for the Sharks clash, which kicks off at 2pm on Sunday.

They will then take on the Sydney Roosters, also in Gosford, on July 25.