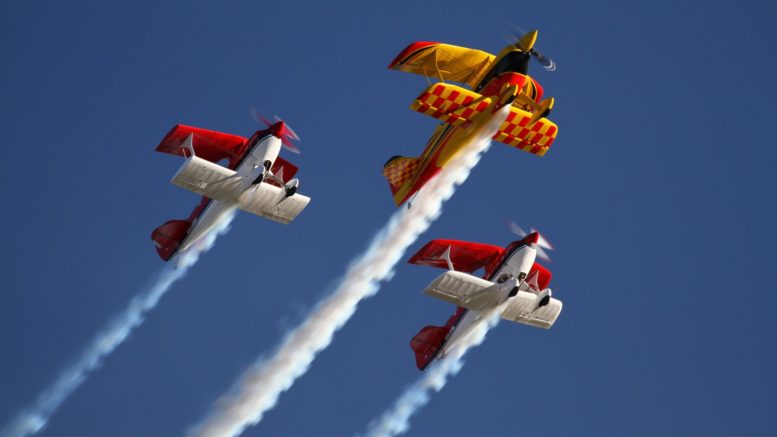 A major air show and festival being planned for Central Coast Airport at Warnervale in May 2021 has the potential to boost aviation tourism and create a new regional event attracting thousands of spectators.

The organisers expect the venture to draw a crowd of about 10,000 people to the airport over the course of two days and to be an economic boost to the area.

Aside from potentially kicking off a new regional event, if Central Coast Air Show takes off, it will also bring attention to the Warnervale airport as a significant asset and piece of regional infrastructure, after the site was absent from Council’s Local Strategic Planning Statement (LSPS).

The airport was the subject of many community submissions to the LSPS from residents, both for and against, wanting clarity about the role that the airport will play in the Coast’s future.

Central Coast Aero Club (CCAC) is the principal user of the airport and the Coast’s only aviation tourism providers.

President, Andrew Smith, believes that the Central Coast Air Show could be just the thing to kickstart aviation tourism on the Coast.

According to Smith, scenic joy flights are the Coast’s only major form of aviation tourism, with the flights an exhilarating way to experience the region’s sweeping hinterlands and stunning coastline.

However, he believes that its potential is not being met and puts this down to the debate over the airport’s future.

With the air show proposal supposedly being well received by council, Smith’s hopeful that the airport could be on the cusp of something new.

“The CCAC is all for the air show.

“Paul Bennet Airshows has held successful events all around the world and we’ve yet to see one fail to deliver.

“We fully support this partnership between Paul Bennet Airshows and Council and we’ll be helping out as much as we can,” Smith said.

While he’s not been privy to any official discussions between the company and Council, Smith said it was his understanding that Council was supportive of the air show, but no decision yet had been recorded against the development application (607/2020).

If Council does come to the table, Smith thinks the air show could quickly grow to rival events like ChromeFest and the Winter Blues and Jazz Festival.

“The air show could easily become the biggest tourism attraction on the Central Coast.

“We’ve seen what air shows at the Hunter Valley and Cessnock have done for those communities and the potential economic benefit for the Coast, being uniquely positioned between Newcastle and Sydney, is huge.

“It could also help raise the profile of the airport and inject some positivity into it,” Smith said.

However, as with any major aviation event, Smith recognises that there will be issues that need to be addressed, but he urges locals to weigh the pros and cons before writing the air show off.

“I can’t sugarcoat it, there will be higher noise levels and a lot of traffic around Warnervale, but is that not a small price to pay for all the tourism and economic benefits?

“I expect there will be some residents not on board, but I think the average person would say the positives far exceed the negatives.

“And since it’s only two days out of the year, is it not worth giving it a go?” Smith said.