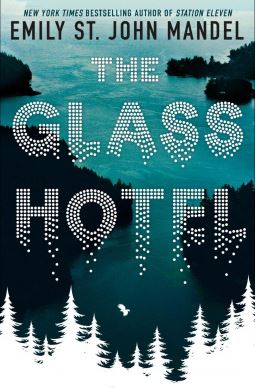 Vincent and Paul are step sister and brother – same dad, different mothers. Vincent is an odd name for a girl, but her mum loved the poet, Edna St.

Vincent Millay. Vincent grows up in Caiette, a remote town in British Columbia that is only accessible by boat, while Paul grows up in Toronto. When Vincent is 13 her mother takes her canoe out and is never seen again.

The canoe is found, empty. Paul, 18, is sent to help with Vincent but what can he do? He can’t even take care of himself.

Paul has issues with drugs and spends quite a bit of time in rehab. He is an older student by the time he goes to University and, while he loves music, he studies finance, which he finds “fatally uninteresting”. (His mother is paying for the degree and she won’t spend money on something as impractical as music.) It is 1999, Y2K hysteria is in full swing.

One night Paul decides to do something social – he goes to a bar to see a band. The outing sets off a series of events that will change his life. Years later Vincent and Paul both find work at Hotel Caiette. Vincent tends bar while Paul is the houseman.

Yes, their tiny remote town now has a world class hotel, “…guests in Caiette want to come to the wilderness, but they don’t want to be in the wilderness. They just want to look at it, ideally through the window of a luxury hotel. They want to be wilderness-adjacent”.

The owner of this wilderness-adjacent hotel is Jonathan Alkaitis, a widower who invests money for other people. He is very successful, with “the tedious confidence of all people with money … the breezy assumption that no serious harm could come to him”. Jonathan’s investors think they are part of a secret club as they receive remarkable returns. Leon Prevant is an executive of a shipping company.

He is staying at the hotel at the same time Jonathan makes one of his visits. While having drinks at the hotel Leon and Jonathan strike up a conversation and discuss business and Leon ends up investing his life savings with Jonathan – now he too is part of the club. When Paul is fired from his job and leaves, Vincent is given a big tip and Jonathan’s phone number … and decides to leave too.

The next few years are glory ones for Vincent. She lives with Alkaitis in his sprawling mansion in Connecticut. The arrangement is that she has to be available whenever he wants her, in and out of the bedroom and, in return, she has his credit card. Alkaitis is 34 years older than Vincent (who is, in turn, five years younger than Alkaitis’s daughter) and he likes to tell people they are married. Against all odds, Paul finds success with his music.

He now composes and performs. Vincent catches one of his performances at the Brooklyn Academy of Music but is too disturbed to stay and leaves early. Business for Alkaitis is good until 2008 when the global financial crisis hits and the “kingdom of money” grinds to a halt. People lose their life savings, people take their own lives, people go to jail. Vincent cuts her hair, learns to cook and gets a job on a containership and then … she disappears. This was a very easy book to read.

For the first time in a while I didn’t get bored in the middle. The story line bounces and weaves and intertwines with such finesse that it could only be done by a very talented writer. Reality bumps up against “the counterlife” The bad try to rationalise their deeds while the good get hurt. Ultimately, the reader gets to enjoy a great story. As an interesting side-fact, Emily St John Mandel’s previous book, Station Eleven (2014) is about a world ravaged by a hyper-lethal form of swine flu.

But as The Guardian describes it, the book is set amidst the “machinery of late neoliberalism, juddering along with characteristic inequity … a tale of Ponzi schemes, not pestilence”. But there is some haunting images in the story. As The Guardian writes, “The Glass Hotel is crowded with phantoms: lost mothers; wronged victims; a “ghost fleet” of empty container ships; a beyond-the-grave curse scrawled in acid.” Wonderful stuff – this was one of my favourites.