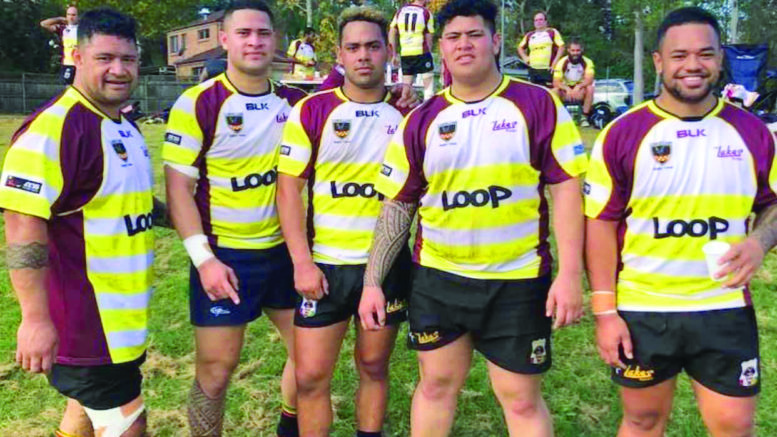 The Lakes will be looking to impress in the CCRU opener

After what has been a most tumultuous period, Central Coast Rugby Union’s (CCRU) 2020 competition is finally set to start from July 18.

CCRU President, Larry Thomson, said It has been a most difficult time for clubs and administrators to get a competition up and running during the pandemic, with all clubs affected in varying ways.

“Unfortunately, The Bay Rugby Club (formerly The Entrance Rugby Club) has decided not to compete this year.

“Their seniors will not be playing, however their juniors will be.

“Two other clubs have also been adversely affected.

“Warnervale will not be fielding a Premier 2 team this year, while Gosford will not take the field this year with a Premier 1 team.

“2020 has been very different year to say the least, and the CCRU have taken everything into consideration to get a competition up and running and to also meet the needs of all clubs,” Thomson said.

In the Premier 1 contest, Thomson has picked The Lakes’ clash with Kariong as the match of the day.

“These two teams had promising seasons last year but faded towards the end of the year.

“The Lakes made the finals last year but were defeated in the minor semis by Gosford and will be hoping to go further than that this year.

“However, on Saturday they meet a team which has a new coach and will be fully prepared for the match.

“All clubs this season have had very difficult lead ups so there are so many unknowns in these first few matches.

“In fact, both teams have new coaches.

“At The Lakes there is Marshall Hemopo in charge, while Max Malkin will be steering the ship at Kariong.

“These two coaches would be just keen to get onto the paddock, and obviously would be hoping for a victory first up.

“It’s impossible to choose a winner in this clash because of so many unknown factors,” Thomson said.

The other match to lookout for will be Ourimbah versus Warnervale.

“Ourimbah will go into this match as favourites based on performances from last year, however, anything could happen in this match,” Thomson said.

“Ourimbah had a most disappointing end to last season, when they were eliminated in the Finals by Gosford in what was a huge upset on the day.

“Warnervale had an up and down season last year, so hopefully for them, things have steadied and they can have a pleasing year in 2020.

“Warnervale at home are always difficult and will prove a real obstacle for Ourimbah.

“Warnervale has kept the coach from last year, Jake Holman, and will be all that more experienced after his efforts last year.

“Ourimbah has a new coach in Matt Hopkins, and he has left nothing to chance in his efforts to get a great start to the season for his team,” Thomson said.