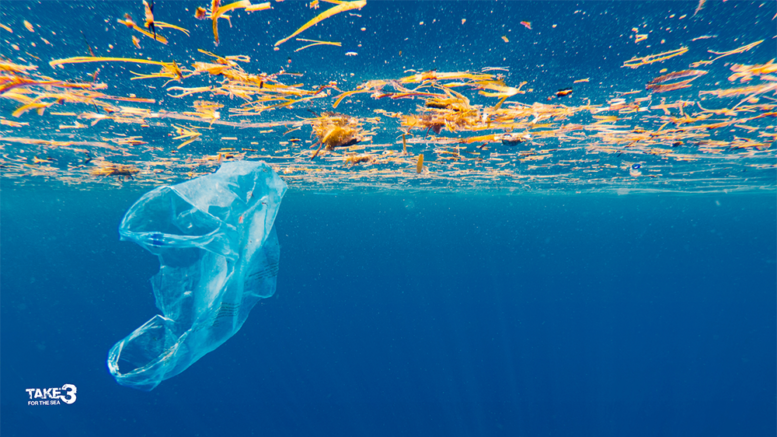 As thousands of residents across the state join the global Plastic Free July movement, which kicked off on July 1, Central Coast environmental group Take 3 has launched its Choose Nude campaign.

The campaign encourages people to take the pledge and buy “nude” produce in July, instead of plastic-wrapped alternatives.

“As people recognise they can be part of the solution, the world will begin to see great, positive change.”

Beard said Take 3’s ability to empower individual action was evident in its long-standing #Take3fortheSea campaign, which has seen over 30 million pieces of rubbish removed from the environment and has sparked grassroots community action in 129 countries.

She said it was in the hands of consumers to help stop 130,000 tonnes of plastic ending up in Australian oceans and waterways every year.

Meanwhile, the State Opposition is ramping up its push for a total ban on single use plastic bags.

Shadow Environment Minister Kate Washington said every other Australian state and territory had taken action to ban the bags.

“Since 2016, the Liberals and Nationals have voted down Labor’s parliamentary bill to ban single use plastic bags on four separate occasions while promising to act on the issue, but failing to deliver,” Washington said.

“South Australia introduced a ban on single use plastic bags in 2009 and is now considering phasing out other disposable items such as plastic straws and cutlery.

“If we want to cut plastic pollution and improve the health of our environment, we need a consistent and enforceable ban on single-use plastic bags.

“We know that 130,000 tonnes of plastic pollution makes its way into Australian waterways and oceans each year; in NSW, two billion plastic bags are used every year, and we know that 50 million of those bags end up polluting our environment and harming our wildlife.”

Parliamentary Secretary for the Central Coast, Adam Crouch, said positive steps were being made.

“The first major step taken by the NSW Government to change the existing practices of waste management was to introduce the Return and Earn initiative,” he said.

“We are now building on this success with the NSW Plastics Plan and 20 Year Waste Strategy.

“The NSW Plastics Plan and 20 Year Waste Strategy was released by Premier Gladys Berejiklian on March 8, and aims to tackle the use of plastics, reduce waste and pollution, and increase recycling.

“As part of this, two discussion papers were released for community consultation.

“The feedback has been overwhelmingly positive, with more than 16,000 submissions received.

“The Government is now considering this feedback and will respond shortly.

“We want to make sure that any businesses potentially impacted by future phase-outs have enough time to adjust and source sustainable and viable alternatives.”

To join the Choose Nude campaign head to take3.org/choosenude.

Students raise funds for Take 3 for the Sea