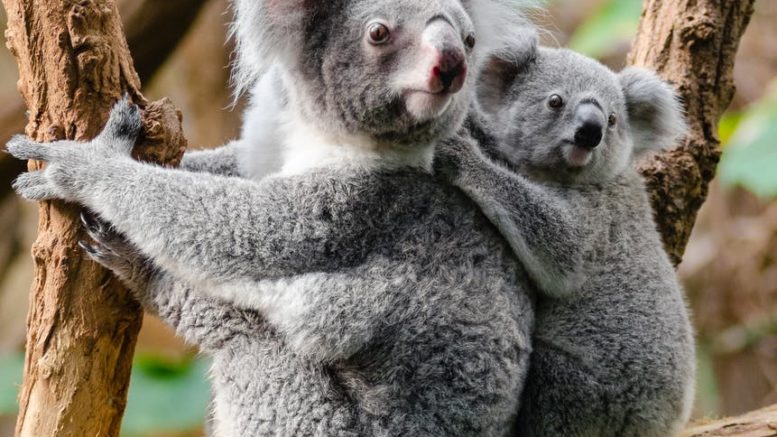 A report from the NSW Upper House Inquiry into the State’s Koala Populations and their Habitat was released recently but long time campaigner for the protection of koalas on the Central Coast, Jake Cassar, has expressed disappointment that the region is not specifically mentioned.

“We have areas listed by the Federal Government as Areas of Regional Koala Significance (ARKS) and we don’t even get a mention in the report,” Cassar, who is founder of Coast Environmental Alliance (CEA), said.

“There are several large developments in the pipeline that threaten some of the last bastions for our critically endangered local koala populations.

“If the Government is truly serious about stopping koalas from becoming extinct in NSW, they need to put a moratorium on all developments that threaten koala habitat, and work with land owners to ensure that they too are treated fairly and equitably.

“The bottom line is; if our elected representatives don’t show true leadership here, and make protecting koalas of the highest priority, it will likely spell the end for this iconic little Aussie battler.”

Several of the Coast’s koala populations were also severely impacted by bushfires late last year and early this year.

Even so, Inquiry Committee Chair Cate Faehrmann has described the report as a gamechanger which urges the State Government to be proactive in protecting koala habitats and provide support for local councils in preserving colonies.

“What became crystal clear during this inquiry was that without urgent government intervention the koala will become extinct in NSW before 2050,” Faehrmann said.

“The report found that habitat loss and fragmentation was the biggest threat to koalas, yet at every turn we were handed evidence that showed our current laws are inadequate and facilitating the clearing of core koala habitat.

“There must be a significant increase in koala habitat protected from logging, mining, land clearing and urban development.”

Shadow Environment Minister, Kate Washington, said the impact of the last bushfire season had made the plight of the state’s koalas more urgent and praised several of the report’s recommendations including: collaboration between the NSW Chief Scientist, the NSW Koala Advisory Panel, and Forestry Corporation to establish an agreed method to count koalas; the urgent prioritisation of koala habitat and wildlife corridors and more support for community organisations to regenerate corridors; and additional support for local councils to develop and implement their own koala management plans.

World Wide Fund for Nature-Australia Senior Manager, Clearing and Restoration, Stuart Blanch, said the report was strong, comprehensive and timely and the Government should act on its recommendations.

“The NSW Government has improved koala habitat mapping, strengthened the planning policy for protecting koala habitat, and supported farmers and communities who care for koalas,” he said.

“But koalas are fast heading towards extinction across vast areas of the state and relying on National Parks alone as a conservation intervention simply will not be enough.

“The NSW Government has failed to stop core koala habitat being bulldozed on private land or chopped down in coastal state forests.”

Blanch said the federal government must also play a role.

The Nature Conservation Council said there were fewer than 30,000 koalas in the wild and habitats were being bulldozed and chain-sawed “at an alarming rate”.