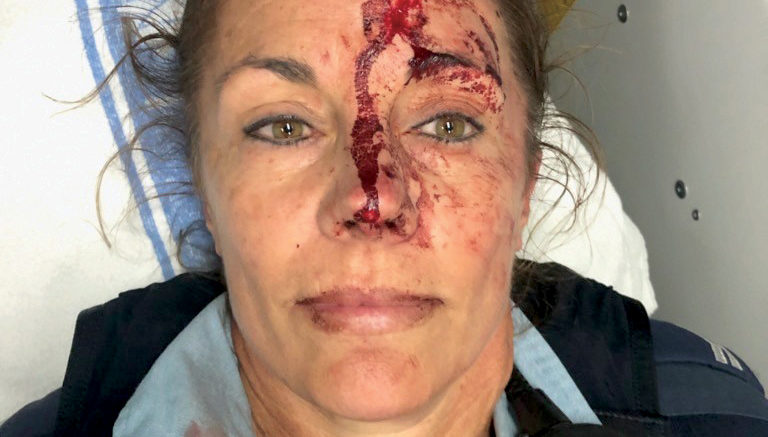 The female senior constable that was taken to Wyong Hospital for treatment to facial injuries Photo: NSW Police Force

A man is before the courts after allegedly assaulting a police officer at Halekulani.

At about 5am on Tuesday, July 14, officers attached to Tuggerah Lakes Police District attended Walu Ave, Halekulani, after reports an unknown male was yelling loudly and allegedly attempting to enter properties and threatening nearby residents.

After patrolling the area, police observed the man enter his own home and left with nil issues.

Shortly after, around 7am, officers returned to the street after reports the man was again seen allegedly trespassing and threatening residents.

Two officers spoke to the man, when he became aggressive and allegedly punched a senior constable, a 47-year-old woman, in the head multiple times.

He was restrained before he allegedly lunged at the senior constable again and OC spray was deployed unsuccessfully.

The man allegedly continued to punch and knee the officer in the head before he was restrained and arrested.

The senior constable sustained facial lacerations and was treated at the scene before being taken to Wyong Hospital for further treatment.

He was refused bail at Wyong Local Court and will appear before the same court later this month.

Man arrested and charged with assault

Assaulted man has died in hospital