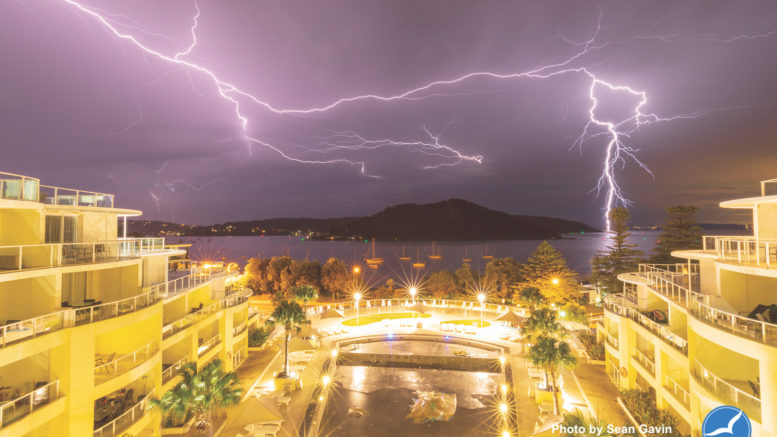 [Ettalong] The Peninsula was affected by heavy rain, strong winds and dangerous surf conditions caused by an “east coast low” over several days from Sunday, July 12.

“I was visiting a friend who was staying at the Mantra,” he said on his social media page.

“I just happened to have my camera so I set it up on the balcony on a long exposure and managed to capture this.” The photo looks out over the Bouddi Peninsula, over which these streaks of lightning can be seen.

This article appeared first in the Peninsula News Print Edition 499