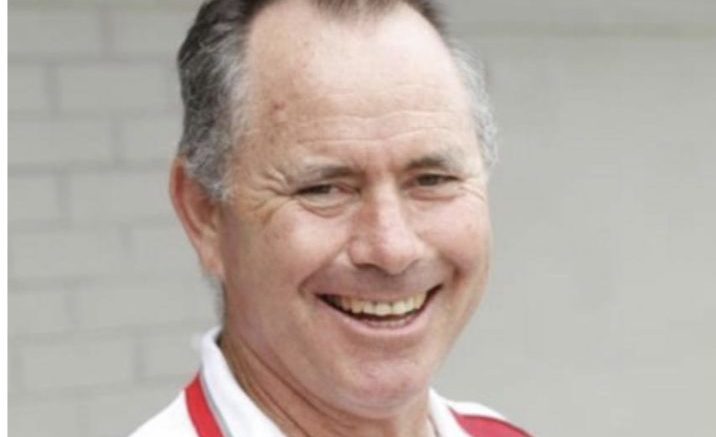 The Peninsula has lost one of its all-time great sporting identities with the passing of David Frazer on June 6, according to Southern Spirit Cricket Club life member Mr Warwick Egan.

“Older residents of the area would remember David as the owner of Somersby Farm products at Ettalong where the produce was always as fresh as David’s zest for life,” Mr Egan said.

David’s funeral was conducted at Greenway on Friday, June 12.

“Life-time friend Mr Kelly Glew ensured the event would be a true celebration of a great life lived.

“He set a humorous tone by pointing out that David was the only captain of Woy Woy High School ever to be expelled from the school, then added that David was an outstanding rugby league talent. “He declined a very healthy contract to play rugby league with the Manly club because football, according to David, had to be played with his mates here on the Central Coast.

“And it was that desire for mateship that helped the Umina Cricket Club win ‘Lotto’.

“In the mid-1970s, David was captain of the district cricket representative under-19 side, when Umina cricket club was the weakest cricket team in the district first grade competition, yet David came to Umina simply to play out his cricket career with his mates.

“The records he set will never be equalled,” said Mr Egan.

“He was longest serving president of Umina Cricket club, first grade captain, winner of seven first grade premierships with the club and seven Horse’s Ars” awards along the way rounded out his list of achievements.

“Perhaps his greatest contribution to cricket came in 2014 when along with life-time friend, Kevin Dewar from Woy Woy Cricket Club, they brought cricket on the Peninsula back to a one-club identity.

“Southern Spirit Cricket Club thus was born and its first elected president was David Frazer, taking on the challenge although battling severe cancer.

“When the financial roof fell in on Central Coast cricket association, David moved in, took on the chairman’s role and by year’s end all outstanding debts were met and a substantial profit reinstated.

“He was also an outstanding swimmer and surfer, but his real love later in life became golf.

“He quickly became an A Grade player and it was in hospital the topic of golf became one of the few times David was ever bested in debate.

“He was visited in hospital by a minister of religion, and David, himself not being a man of faith. asked his visitor if there was a golf course in heaven.

“The minister replied that we would find out and true to his word he returned with his reply which had David laughing for years.

“Yes there is a golf course in Heaven, David, and I have booked you in for 10.30am next Wednesday”.

The funeral service ended with a quote from Monty Python: “You are not the Messiah, just a naughty, naughty boy”.

Mr Egan said: “Rarely has such a sporting talent been seen, nor the terminology ‘will be sadly missed’ more correctly applied.”