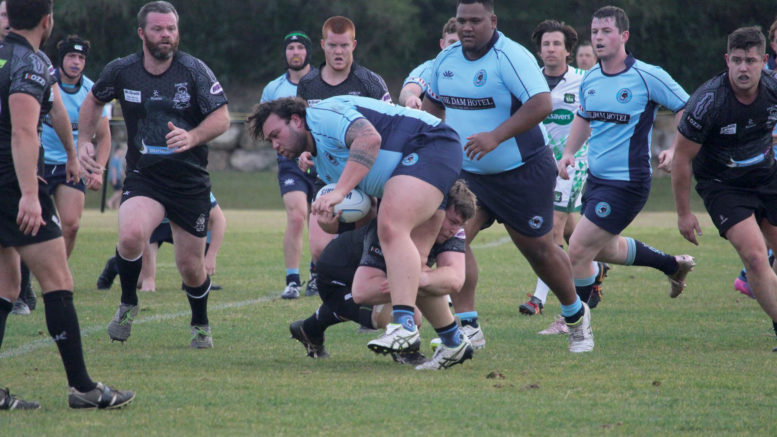 After a long wait, the Central Coast Rugby Union season finally kicked off on July 18, with Ourimbah and The Lakes off to a flying start.

The Match of the Day between Warnervale and Ourimbah was a close one throughout, but ultimately Ourimbah held on to win by 29 points to 19 at Woongarrah Oval.

The first half was a quite even affair, but it was Ourimbah who went to the halftime break leading by 15 points to 5.

With the limited preparation that all teams have had this year, both teams did put on a good display of rugby.

However, it was always Ourimbah that kept in front on the scoreboard.

The second half continued in much the same vein as the first.

In fact, both teams were able to add 14 points each to their score in the second stanza.

Warnervale got very close on the scoreboard late in the second half, but it was the visitors who were able to post some vital late points to secure the win.

Both teams will take a lot from this clash and things do look good for both teams this year.

Best for Ourimbah in the first half were Rob Peden, who crossed for a try in the match, Josefa Biu, who played his usual strong game, and Dan Jones.

Best for Warnervale in the same period were Lachlan Natapu, Kye Haslem and Cameron McNamara.

In another match, The Lakes showed great form when they defeated Kariong by 62 points to 24 at Kariong Oval.

This was a very free flowing match with the attack from both teams the main feature.

The Lakes basically won this match in the first half when they went to the break leading by a massive 41 points to nil.

It was 40 minutes of rugby where The Lakes’ forward pack was strong and their backline extremely dangerous.

The Lakes always looked dangerous with the ball in hand and were able to cross for continual tries in the first 40 minutes.

The second half saw Kariong finally kick into gear and actually outscore The Lakes in the final 40 minutes by 24 points to 21, but it was all far too late.

Just like with Warnervale and Ourimbah’s bout, both teams will take much from the match and can expect a good season ahead.

Elsewhere Terrigal defeated Woy Woy by 70 points to nil, to join Ourimbah and The Lakes atop the leaderboard heading into Round 2.