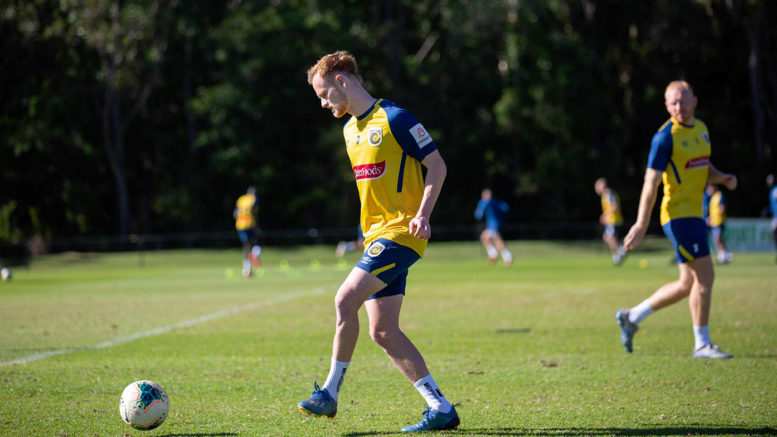 Long suffering Mariners fans will be hoping for a stronger post-Covid showing from the blue and yellow this Saturday evening when the A-League competition resumes.

The club confirmed on Monday (Jul 13) that fans will be able to attend Saturday’s clash against Perth Glory at Central Coast Stadium.

With a capped capacity of 4,500 in line with government regulations, Mariners Members will be given an exclusive redemption period ahead of a general public release.

Central Coast Mariners CEO Shaun Mielekamp said it marked an exciting point and said everyone at the club was looking forward to the return of matches and crowds.

“Our Members have been so important for us and so supportive during this time, and it’s fantastic that they can attend our first match back,” he said.

On Thursday, Football Federation Australia (FFA) Head of Leagues, Greg O’Rourke, announced a number of changes to the competition rules, regulations and match day protocols for the remainder of the A-League season.

“In line with the options provided by FIFA and IFAB and announced by FFA circular in May 2020, we will be allowing teams to have up to five substitutes per match and will also be temporarily suspending the use of the Video Assistant Referee (VAR),” O’Rourke said.

“With the high number of matches to be played in a short period of time, the use of extra substitutes will obviously allow teams to increase game time for more of their players and manage player loads but it will also allow for more opportunities for those on the bench to push for selection and drive their ambitions.

The VAR decision appears to reflect a number of factors and the FFA said it will revisit the use of the VAR for the Hyundai A-League 2020 Finals Series at a later date.

“In addition, we will also be extending the technical areas to allow for social distancing as well as suspending the team walk outs, line-ups, handshakes and coin toss procedure pre-match.

Mariners defender, Jack Clisby, says he is counting down the days to the clash with Perth Glory after almost a month of training since players returned.

“The last game playing without them it just seemed strange, it’s such a strange footballing world watching and playing games without crowds.”

The 28-year old Clisby, who hails from Perth, told media on Tuesday that the three month hiatus presented him the opportunity to spend more time with his family, including his daughter who will soon turn one.

“We decided to stay here during the tough period, with everyone isolating, but I managed to spend a lot of time with my daughter, watching her grow up and even did some renovations on the house so I made good use of the time I think.”

The clash against Perth will be one of four remaining fixtures for the Mariners, with home games against the Jets and Wanderers over the ensuing nine days followed by a final fixture against Melbourne Victory in Sydney.

“We’ve got a couple of games left but we want to finish the season on a high and look to get off the bottom of the ladder, so for us the goal is to win the four games and we can definitely do that,” he said.

“We’ve won games against Perth and Melbourne [this season] so I think on our day, when we’re performing and if we bring to the game what we can do then we can get results and the boys really believe that.”

“Everyone knows [Perth] are a great side, and they’re governed by a top quality coach in Tony Popovic, [so] they’ll come out and be looking to win their games,” he said.

“But the positive for us is that our games are up on the coast, we’re at home even though it’s classified as their home game.”

The match kicks off at 5pm.