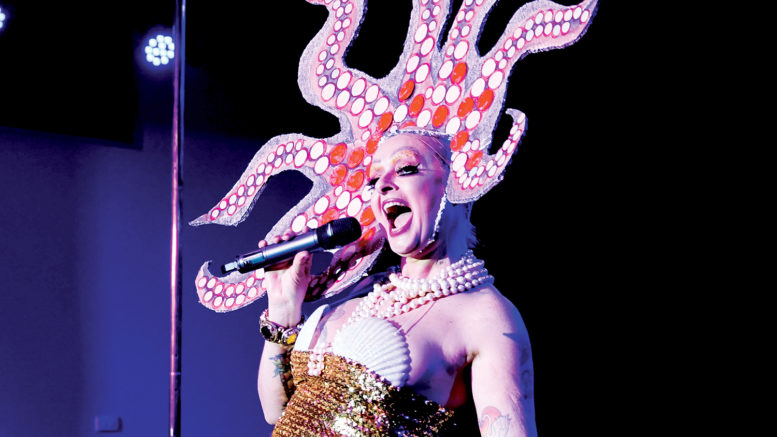 For many Central Coast businesses, an extension of the JobKeeper program announced this week by the Federal Government could prove to be the difference between staying afloat and going under.

The payment is set to continue at its current level until September 27, after which it will be extended for a further six months at a reduced rate.

Member for Robertson, Lucy Wicks said the second phase of JobKeeper would help businesses not only get through the coronavirus crisis but recover on the other side.

“The Government’s focus remains on the safety of all Australians and I know that the extension from September will bring a sigh of relief from many in our community,” Wicks said.

“The program will continue to make a difference to local businesses across the Coast by keeping a connection between employers and employees to help them get to the other side of the crisis.”

One industry which has been severely impacted by the coronavirus is the arts.

Naughty Noodle Fun Haus Creative Director, Glitta Supernova, said JobKeeper had been crucial for the survival of many arts organisations and welcomed the extension.

Supernova said she was “elbows deep” in planning for this year’s Coastal Twist Festival, which has been pushed back to October 30.

“This is an unknown scenario (with a) balance of risk taking and responsibility mixed with the following of strict government guidelines,” she said.

“The arts and entertainment sector was one of the first to be shut down by regulations put in place to fight COVID-19 and will be one of the last sectors to return to normal.

“JobKeeper has been an important support for those who have been able to access it.

“There are around 40,000 private sector arts workers in the creative and performing arts, which includes performers as well as administration and venue workers.

“Of the 15,000 or so who have missed out, the majority are likely on the boosted JobSeeker payment, which is $400 a fortnight lower than the wage subsidy.

“We all know arts and culture are major drivers for domestic and international tourism as well as boosting the hospitality sector, underpinning the vitality of our cities and regions, and the perception of Australia internationally.

“Right now as organisations and artists we are focussing on the present, while planning for the future.”

Central Coast-based Senator Deborah O’Neill said any measure to support businesses and workers who were hurting was welcome, but this week’s announcement still hasn’t fixed the problem.

“Every single person who was excluded from the original JobKeeper scheme remains excluded,” she said.

“Then we’ve got early childhood educators who have just been kicked off JobKeeper, and hospitality, arts and entertainment workers who have been shifted onto no income support or onto JobSeeker.

“There are over 20,100 workers and 5,303 businesses in the electorate of Robertson that rely upon the JobKeeper package at the moment – this is too important to get wrong.”

O’Neill said while extending the JobSeeker payment was a step in the right direction it was disappointing that it was not permanently increased.

“This is crucial to providing security for the almost 9,000 JobSeeker recipients in the electorate of Robertson who, come Christmas time, will be in the dark again about whether or not the social security net will be there to support them,” O’Neill said.

Business NSW is supportive of the tapered support package for business post September, especially for those dependent on international tourists.

“Three out of four (74%) say staff tell us they are much better off because of JobKeeper, but this does not represent reality if just under half of businesses tell us they will not be able to maintain current hours or headcount when payments stop,” Business NSW Central Coast Regional Director, Paula Martin, said.

“With the industries most affected by Covid-19 making up nearly 40% of the workforce on the Central Coast, the reality of an ‘economic cliff’ is a real proposition for the region.

“The industries most affected include arts and recreation services, accommodation and food services, education and training, administrative and support services, transport, postal and warehousing and construction.

“Construction alone accounts for nearly 12,000 employed locals and is the highest driver of apprenticeships and trainees.

“Impacts to this sector will have a knock-on effect to pathways considered by our youth.

“The scaling back of Job Keeper will give business confidence and breathing space to plan for the next six months.”

JobKeeper extended but at a lower rate and with strings attached