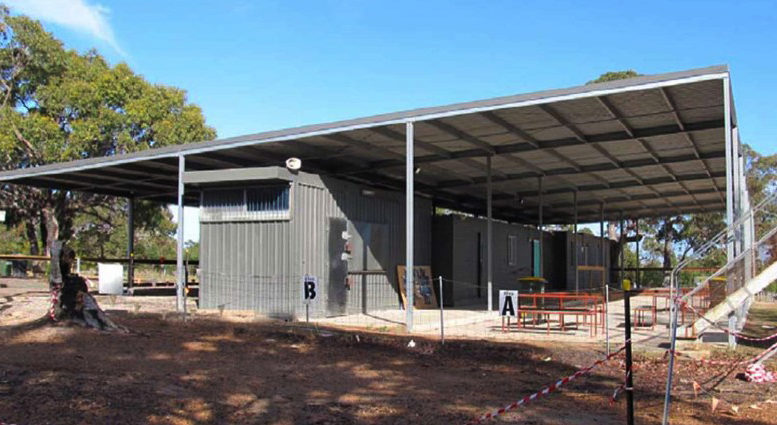 The Junior Trials and Mini Cycle clubhouse which was built illegally

[MINI CYCLING] The Junior Trials and Mini Cycle Club at Crangan Bay has been given consent by the Central Coast Local Planning Panel to use as a rebuilt clubhouse which was constructed illegally.

It was built without development consent after the loss of a previous clubhouse to bushfire in 2013.

The mini-bike club uses the clubhouse for competitors’ sign-in, meetings, a canteen and lunch area, as well as rider safety briefings.

Approval was granted in 1983 for the 18.27ha site on the corner of Kanangra Dr and Pacific Highway to be used as a mini-bike track and associated structures.

Events for the not-for-profit club are usually held two weekends of each month, between late February and early October, with between 40 to 90 junior competitors and up to 110 spectators.

A report to the Panel’s July 23 meeting said the clubhouse provided suitable support for the club’s approved use for mini-bike events and no further developments were proposed.

Central Coast Council’s Development Engineer found the engineering aspects of the rebuilt clubhouse to be satisfactory.

A report from Council’s Department of Environment and Planning said approving use of the clubhouse would improve amenity of the site for a community organisation to support its events and would not impact the surrounding environment.

Use of the clubhouse would not increase the intensity of development, did not involve clearing of vegetation and was unlikely to have any significant impact on the locality, the report said.

Consent has been given for use of the rebuilt clubhouse only, not the construction of the building, as retrospective approval cannot be granted for construction.

This will now undergo the process of issuing a Building Information Certificate.

Development application 592/2019 went to the Local Planning Panel because Junior Trials and Mini Cycle Club operates on Crown land, managed through the Gwandalan Recreation Reserve Trust, and under the care and control of Central Coast Council.

There are lease agreements between Council and the club which could have presented a perceived conflict of interest.

On July 1, 2005, the land was leased to the club for 10 years and since it expired, the lease has been on a monthly basis.