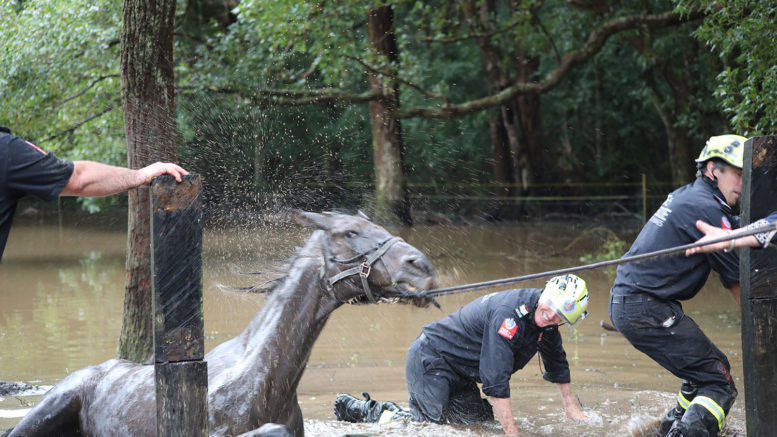 It took four fire trucks, 10 firefighters, and several residents to save a horse stuck in a flooded dam at Matcham on July 28.

The rescue took place at 11.30am in an area that is notorious for flash flooding.

The female horse, Naaman Flaunt, became trapped under a fence and was struggling to keep her head above the rising waters.

Local resident, Tarni Letherbarrow, was passing by and said she was trying to keep the horse calm.

“I kept her head propped up on my knees to keep it out of the water,” Letherbarrow said.

“We tried a couple of times to get the horse to its feet, but it did not have the energy, so it was slipping in the mud,” Tobone said.

“We then called for a specialist Technical Rescue Vehicle to come from Newcastle that carries large animal rescue equipment,” Tobone said.

“We managed to get the horse in a harness and onto a large animal slide [and from there] we were able to slide it up on to some solid ground.