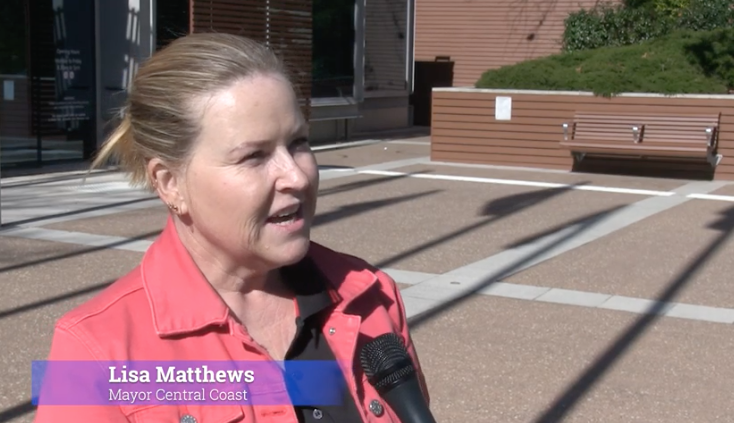 Central Coast Mayor Lisa Matthews has said the inclusion of the Central Coast in a travel ban imposed on residents of “greater Sydney” by Queensland Premier Annastacia Palaszczuk this week is a “slap in the face for Coasties”.

Palaszczuk imposed the ban on travel to Queensland as fears of a second wave of the coronavirus pandemic continue to spread.

Cr Matthews said she had put in a call to the Premier to protest the situation and had also sent a message and an email, with no response.

“We have been fighting to be recognised as our own region for a number of years,” Cr Matthews said.

“We are not part of greater Sydney and it is disappointing we have not heard back from the Premier.”

“The Central Coast has been free of COVID-19 since May 20, but bizarrely, the Queensland Government considers our region to be a COVID-19 hotspot,” Crouch said.

“Even more bizarrely, the regions of Newcastle and Port Stephens have active COVID-19 cases but are still allowed to visit Queensland.

“This decision was made without even informing or consulting the NSW Premier, Gladys Berejiklian.”

Meanwhile, Central Coast Local Health District (CCLHD) has reassured residents that a Central Coast resident who recently returned from overseas and is in isolation in Sydney after testing positive for COVID-19 poses no risk to the Coast.

“She was diagnosed in a quarantine hotel in Sydney, where she has remained in isolation since arriving in Australia,” a CCLHD spokesperson said.

“She will be released from isolation once Health staff confirm that the infection has cleared.

“Health staff are undertaking daily wellness checks while she is in hotel quarantine and she is doing well.

“There are no close contacts of this case (and) no ongoing risk to the community.”

More than 37,000 Central Coast residents have so far undergone testing for the deadly virus.

Separately, the union representing retail employees, including supermarket workers (SDA), is urging any travellers from Sydney visiting the Central Coast and other regional areas in NSW to do the right thing and wear a mask.

The call comes on the back of SDA polling conducted by Essential, which reveals 23 per cent of people in NSW believe being forced to wear a mask is an infringement on their personal freedom.

“A COVID-19 outbreak has the potential to seriously devastate regional towns,” Smith said.

Budgewoi Sailing Club to disband after one final regatta