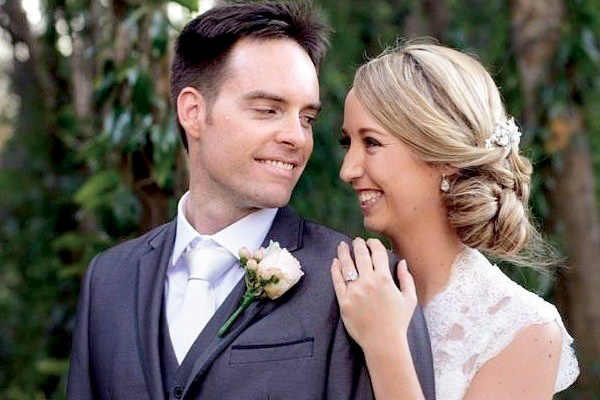 The Scotland family of Green Point say they have been blown away by the generosity of strangers after $36,000 was raised for them on Go Fund Me.

The Help for the Scotland’s fundraiser was created to raise funds for Andy and Amanda Scotland and their children after Andy suffered multiple spinal fractures during a mountain biking accident.

Originally launched with a goal of $5,000, the fundraiser has since reached seven times that amount, with the monies to go a long way towards easing the financial burden on the Scotland’s while Andy recovers from spinal surgery and goes through rehab.

Both Andy and Amanda say the funding has given them peace of mind and hope during a dark time in their lives.

“We were touched that people supported us to the original goal so to see how far it’s gone has just been overwhelming.

“I just felt so overcome with love that people wanted to do this for us, especially since it’s not just people we know.

“It’s strangers and people we haven’t seen or spoken to in years coming out of the woodwork.

“This was the boost we needed and is so much more than just money to us,” Amanda said.

Amanda made a special mention to the mountain biking community, who she said supported and shared the campaign across its networks when members learned how Andy had been injured.

She also praised family, friends and strangers alike who helped the campaign gain traction on social media as well as the Go Fund Me platform itself.

“The feeling of love that has come with all this has carried us through a difficult time.

“I don’t think the people who donated understand just how deeply this has touched us,” Amanda said.

Andy had a simple message for those who’ve backed the campaign.

“Thank you from the bottom of my heart,” he said.

“The emotions we felt when we first saw how much money was coming through to us from people we love and people we don’t even know are indescribable.

“I was very worried about my family’s financial situation at the start of all this, but this fundraiser has taken a lot of the pressure and stress off.”

Anyone interested in donating to The Help for the Scotland’s campaign can do so by visiting the Go Fund Me website.